Director Nicholaus Goossen's stoner comedy Grandma's Boy, starring and co-written by Adam Sandler protégé Allen Covert, provides the springboard for this "music from the motion picture" various-artists collection of rock and rap tracks. The publishing dates associated with the recordings all read 2004 or 2005 (with the exception of Aphex Twin's 1999 "Windowlicker"), but the listener may recheck the CD booklet now and then just to make sure, since the music, made by a bunch of developing acts and a couple of has-beens, so heavily recalls the popular styles of two decades earlier, or when the main character was in his infancy. The Twenty Twos' "Another Day," Bloc Party's "Helicopter," and the Futureheads' "Meantime" all sound like they could have originated in the post-punk years of the early '80s; the Daylights' "Little Girl" is '80s pop/rock; Fischerspooner's "Never Win" is '80s dance-rock; the Mooney Suzuki's "Alive & Amplified" is '80s arena rock; VHS or Beta make like Duran Duran on "Night on Fire"; Moving Units' "Anyone" has the synth pop sound of Soft Cell; and Ima Robot creates a dance novelty in "STD Dance" that mimics Men Without Hats' "The Safety Dance" of 1983. Toss in a couple of generic raps, '90s missing-in-action band Spin Doctors' lengthy ballad "Can't Kick the Habit," and the Aphex Twin electronica track (plus the album-closing "Grandma's Boyee," Kool Keith and Kutmasta Kurt's rap recitation of the movie's unlikely plot), and you have an album of '80s influences all made by performers who date from the '90s on. All of that would be tolerable, if uninteresting, if it weren't for what the press release calls the "hysterical movie dialogue" that pops up unbidden between the musical tracks. If there were any doubt that Grandma's Boy is a witless effort, it is dispelled by these gross-not-funny excerpts. 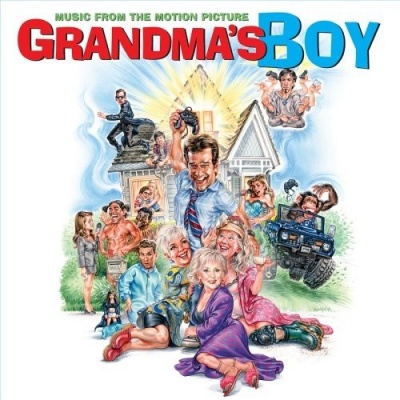