Like 2009's Manners, Passion Pit's sophomore outing is a fat thunderclap of soulful, echo-boom electro-pop that's as poisonous as it is precious, pounding out twinkling summer dance hymns that frame Michael Angelakos' elastic falsetto against a buttermilk sky that’s secretly teeming with ominous storm clouds. With Gossamer, Angelakos' angst is pushed even further to the forefront, revealing an artist who doesn't just moonlight as a professional demon wrestler, but puts in a full day's work. Despite the flurry of pre-release woes (canceled shows, lengthy hospital stays, and the revelation of a botched, early suicide attempt, the latter of which is examined in great detail on the visceral and vulnerable closer "Where We Belong"), Gossamer is a triumph of youthful, bipolar tenacity that filters its manic energy through a cosmopolitan prism of pop avenues, from silky neo-soul ("Constant Conversation") to shimmery Jónsi-inspired synth pop ("Take a Walk"), the latter of which takes a third-person approach, weaving a tale of a husband and father's desperation in trying to make sense of his own actions in the midst of a recession's relentless, bloodied backhand. Angelakos' pathos aside, musically, Gossamer bristles with the kind of accessible pop luminosity that's usually relegated to barren Top 40 nonsense, but Angelakos and company know what constitutes a proper earworm, and effortless, infectious cuts like "I'll Be Alright," "Carried Away," "It's Not My Fault, I'm Happy," and the aforementioned "Constant Conversation" latch on to the cochlea like a xenomorph with a taste for Fun., Phoenix, and the Lightning Seeds. Though the environment that birthed the appropriately titled Gossamer may be a bummer, the end product is winningly majestic and brilliantly spun. 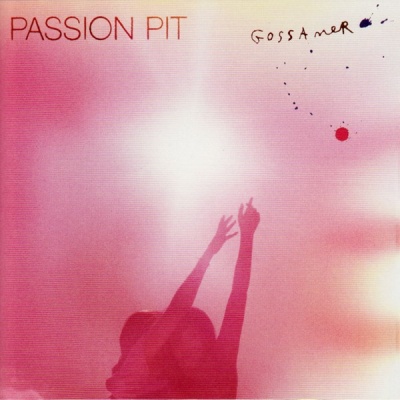