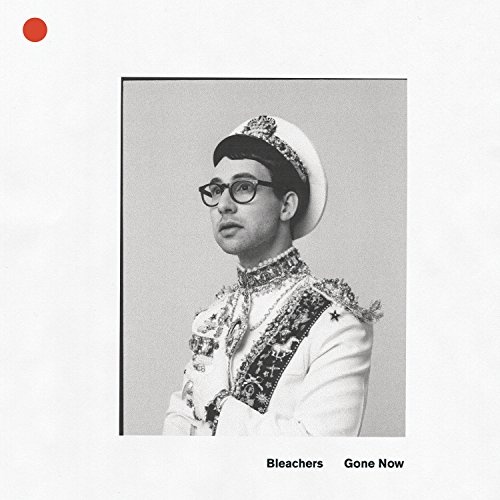 "The feeling isn't over," Jack Antonoff sings at one point on Gone Now, and it's a lyric that sums up his aesthetic perfectly. Whether working with Fun., clients like Taylor Swift and Lorde, or on his own, the enduring power of memories and emotions drives Antonoff's music. However, he saves his most potent blend of vulnerability and slickness for Bleachers, and that goes double for the project's second album. In Antonoff's world, you can't move forward without looking back. On Gone Now, he revisits 2001, the year he turned 18 -- a pivotal time in most peoples' lives, and especially for Antonoff, whose sister died of cancer shortly after the 9/11 attacks. He doesn't just create a wall of sound on Gone Now -- the album's emotional and musical depth is more like a room, a haven for his confessional creativity (Antonoff even premiered the album in a replica of his childhood bedroom). Even more vivid and detailed than Strange Desire, this is advanced Bleachers, with Antonoff plunging listeners into hyper-literate stream-of-consciousness meditations that are barely disguised as pop songs. Gone Now's songs are linked to each other with lyrical motifs that ripple out like memories unlocking other memories; meanwhile, the music echoes Prince ("Hate That You Know Me"), Bruce Springsteen ("Goodmorning"), and synth poppers like Naked Eyes ("I Miss Those Days") on an almost subliminal level. As on Strange Desire, Antonoff brandishes his insecurities so boldly that they become strengths, whether the situation is a beginning ("Let's Get Married"), an ending ("Goodbye"), or somewhere in between ("Don't Take the Money"). Gone Now's production and arrangements are as emotive as he is, with prominent samples and found sounds adding to the feeling that the album is spontaneously happening. Meanwhile, the mix ebbs and flows, pulling back as memories overtake Antonoff and swelling up as emotions overcome him, as on the hazy opening track, "Dream of Mickey Mantle." But even when the album reaches a fever pitch on "I'm Ready to Move On/Mickey Mantle Reprise," it never feels anything less than genuine. Though it's hard to believe it's possible, Antonoff shares even more of himself on Gone Now than on Bleachers' debut, and it makes for some of his most immersive and satisfying music yet.