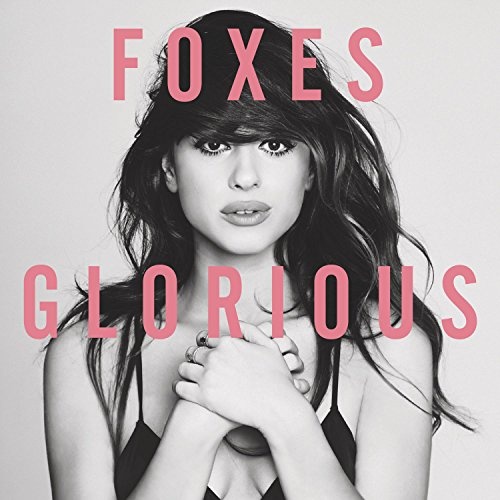 Debut album Glorious delivered on the years of slow-burning hype accumulating in the form of one-off singles, remixes, and incrementally leaked songs from British pop star in the making Louisa Rose Allen, aka Foxes. While the infectiousness of singles like "Youth" and "Let Go for Tonight" is undeniable, so often artists like Foxes can't quite rise to the challenge of filling out an entire album's worth of solid material around a few hits. While the driving, misty nostalgia of "Youth" and party-starting choruses of "Let Go for Tonight" are clear highlights, the rest of the album stands up on its own as Allen explores her songs with depth and cohesion. The album is steeped in a heady, mysterious sheen that balances between enormous pop production and dark songwriting impulses. Album opener "Talking to Ghosts," with its deeply Bat for Lashes-indebted spookiness, is a good example of this, as are the shadowy yet upbeat melodies of "Echo." The haunting vocal samples and minimal beat of "White Coats" are about as sunny as Glorious gets, though it's far from a depressing listen overall. The tightrope walk between big-budget pop hooks and slightly gothic mysticism lends a specific type of tension to the album, which at its best sounds like a chance meeting between Stevie Nicks and Kate Bush at a party DJ'ed by Macklemore. While not every song is as memorable as the singles, the album on the whole is wrapped in a unique atmosphere that somehow manages to be both darkly moody and carefree.