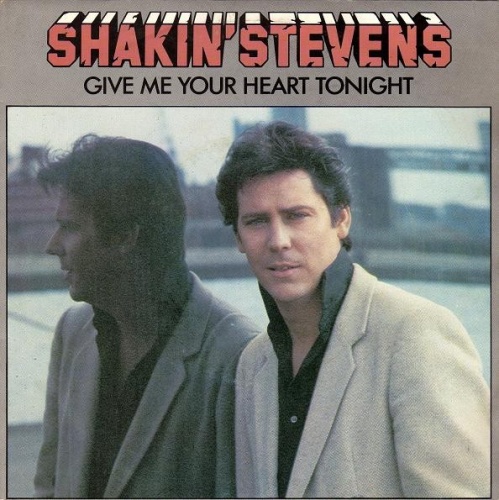 1982's Give Me Your Heart Tonight slipped into view on the back of Shakin' Stevens' second U.K. chart topper, the effervescent "Oh Julie"." But anybody watching and waiting to see if his luster was finally fading did not have far to look. "Shirley," his next single, peaked at number six, "Give Me Your Heart Tonight" faltered at number 11, and when the album finally rode along just in time for Christmas, its slickness and sheen were so pronounced that, even today, it simply feels too over-produced for its own good. Up until now, even Stevens' most egregious pop confections had retained a hint of the old rock & rolling energy for which he was once renowned. But 1982 saw him grab the mantel of Family Entertainer with such resolve that the past was all but irrelevant , and the songs that make up Give Me Your Heart Tonight are little more than watery pop. The thrill had gone -- or, as the album's closing number simpered, "que sera sera."