This Greatest Hits Gershwin disc from Sony is really anything but. It contains some unusual old Gershwin items from the Sony/Columbia catalog, dating as far back as 1959 in the case of the Philadelphia Orchestra reading of A Symphonic Picture of Porgy and Bess, led by Eugene Ormandy. That's not exactly a common item these days; people tend to want to hear the arias from that great opera. Still less common is the version of Rhapsody in Blue, which represents one of classical music's few forays into the necro-collaboration form beloved by country audiences. It pairs a new realization of the original Gershwin score (not the later orchestrations by Grofé and others) by the Columbia Jazz Band under Michael Tilson Thomas, with a recording by Gershwin himself on piano rolls. The recording, released in 1976, was well done from an engineering standpoint, but it's hardly a famous hit. From there you move into the Girl Crazy overture -- not even the most famous orchestral piece drawn from Gershwin's musicals -- and five selections from the Gershwin Song-Book played by André Watts. The only real "greatest hit" on offer here is the concluding An American in Paris, in a version by the Boston Pops under the durable Arthur Fiedler. There's nothing wrong with any of these performances, and reissue producer Richard King has cobbled together diverse sound sources into something quite listenable. It's just that the recording is almost more appropriate for the serious Gershwin fan in search of a collection of historical realizations of his music than for the buyer in search of the greatest hits in the Gershwin recording catalog. 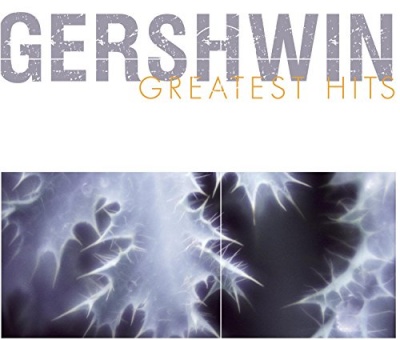