Dave Douglas mixes jazz and electronics on 2003's Freak In, but no one need worry that he has ventured into the world of rigid, synthetic beats and machine-precise loops. The music here is far more organic than robotic, despite the nearly constant presence of electronic effects; an undercurrent of burbling, sparkling, buzzing, and sometimes spacy sounds that occasionally swoosh forward in the mix to challenge the more conventional sonics of trumpet, sax, guitar, keyboards, bass, and drums/percussion. The album opens strongly with its title track, featuring a punchy and memorable theme, tabla-driven vamp, and hyper-swinging episodes, peppered throughout with fiery solos and wild effects. "Eastern Parkway" and "Traveler There Is No Road" are two more hot-wired numbers, the former with an insistent rhythm and rockish chords churning away beneath Douglas' energized lines, unleashed in a flurry and then puncturing the air with a pair of emphatic stabs; the latter alternates between sometimes lyrical, sometimes playful interaction and a full-on fusion theme suggesting Weather Report updated for the 21st century. There are moments of understated beauty as well, such as the evocative "November," with its lovely melody, balladic tempo, and swelling synth strings that could've been a tad syrupy in someone else's hands. A number of Freak In's musicians are veterans of other Douglas projects and all are strong performers, yet the album is less a "band" effort than the trumpeter's previous efforts. Rather, computer-based manipulations shaped the sound of Freak In (with able assistance from associate producer Jamie Saft), enabling Douglas to vary the sound palette from piece to piece more than if one of his ongoing groups had set up in the studio and recorded an entire album's worth of material live. As both player and sole composer, Douglas stands as the unifying force, free to approach the full possibilities of each tune individually, but not at the expense of the overall album's coherence. Quite literally crackling with energy and dense with ideas from the first to the hidden 12th track, Freak In is one of the strongest releases of his extraordinary career thus far. 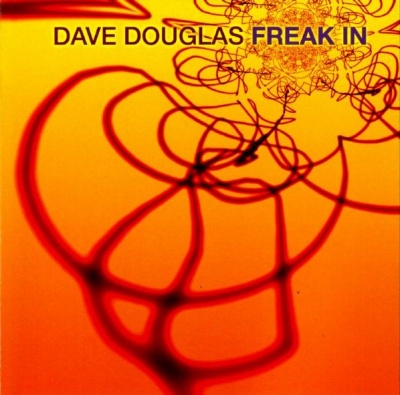