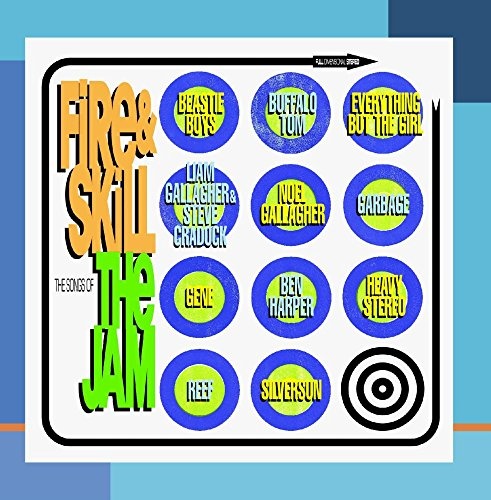 Fire & Skill: Songs of the Jam accomplishes what few compilations manage to pull off -- capturing the spirit of the band that it pays tribute to. From the tender boyish vulnerability shown, ironically, by Everything but the Girl's Tracey Thorn on "English Rose" to the bare-bones punk energy of Reef's "That's Entertainment," this collection shows the Jam's versatility and style, as well as Paul Weller's sharp, skillful songwriting.

Liam and Noel Gallagher provide great bookends to the album with their covers of "Carnation" and "To Be Someone." The first of the two songs is given lush, neo-psychedelic instrumentation that compliments the lolling drone that Liam uses to deliver Weller's dark lyrics. It also seems that no song could be a better choice for Noel to cover than "To Be Someone," which might have been an arc of fantasy for Weller when he wrote it near the beginning of the Jam's career but sounds remarkably similar to the real tale of Oasis' meteoric rise to rock superstardom and fragile teetering at its apex. This is no surprise: Few bands share the unique combination of pub-bred working-class zeitgeist and reverence for the music of a previous generation the way that the Jam and Oasis do, even though their music might share little stylistically.

The Jam's unique style is what makes this compilation work so well, however. Weller's songs, for all of their lyrical depth and clever hooks, remained amazingly straightforward. So a band like Garbage can deliver a serpentine cover of "The Butterfly Collector" and have it retain the power of the original without exercising the kind of pale parroting that many cover songs engage in. Some songs, like the Beastie Boys' version of "Start" wander even farther afield, stripping the original down to its bare bones and reinventing it from the ground up (in this case as a quirky organ-infused funk-hip-hop number with the little girl vocals of Miho Hatori.) Some of the best numbers, though, stay pretty close to the spirit of the original like "Town Called Malice" as performed by British indie rock stars Gene. Buffalo Tom seems to be in the right spirit with their laid-back rendition of "Going Underground," but Ben Harper seems a bit out of his element with his version of "The Modern World," which, unfortunately sticks a little to close to the original, undermining his usual stylish nuances. A ghost track, "No One in the World," performed by Paul Weller provides a delicate, bittersweet ending to it all.