“Whatever happened to good old rock & roll” are the first words Crystal Bowersox sings on her debut, Farmer’s Daughter, thereby succinctly summarizing her appeal on American Idol. During season nine of the long-running televised talent show, Bowersox was the earth mother who placed second to Lee DeWyze’s hammy smarm, providing a port in the storm for lovers of good old rock & roll, the kind they made back in the late ‘60s. Crystal’s idol was clearly Janis Joplin -- she auditioned with “Piece of My Heart,” she never strayed far from a throaty blues growl -- which in modern terms translates to something halfway between Melissa Etheridge and Sheryl Crow, two artists whose well-manicured roots rock echoes on Farmer’s Daughter. Bowersox possesses a charisma that’s tangible on record, helping to pull a listener through otherwise nondescript songs, almost all penned by Bowersox herself. The abundance of originals -- ten of the 12 tunes bear Crystal credits -- suggests 19 didn’t pay too much interest in the project apart from having her funkify Buffalo Springfield’s “For What It’s Worth” and sing an anonymous power ballad by Kara DioGuardi and Chad Kroger, and frankly that’s a shame: Bowersox has the core ingredients of a solid little record here; she just could use help in forming it into an actual album. If she had the right co-writers, the kind who could pull melodies out of her sincere strumming and down-home jamming -- the kind the whole American Idol empire was designed to bring into the equation -- Farmer’s Daughter would deliver on Bowersox’s promise instead of sounding like a local singer/songwriter performing on a stage she’s too modest to fill. 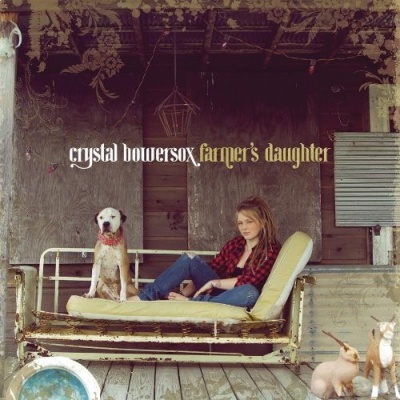