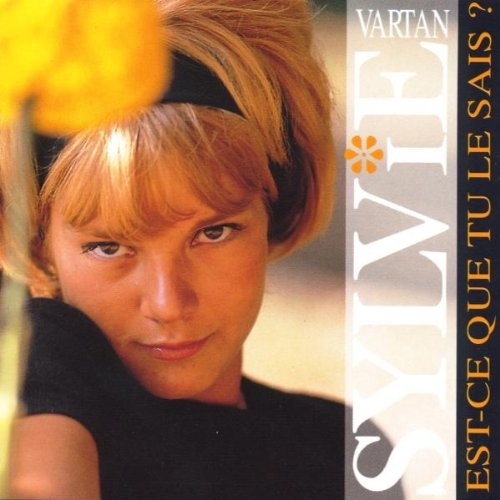 With 30 tracks spanning 1961 to 1967, this is the most comprehensive single-CD compilation of Sylvie Vartan's early recordings, and probably the one most apt to interest listeners beyond the French borders. Although it's a good-value representation of her '60s work, it's not all that fine musically, despite her considerable French stardom and the relatively high awareness of her name among international audiences. Certainly it's not as good as the best French pop singers of the era who were influenced by rock & roll, in part because a high percentage of the tracks are inferior covers of big American hits like Ray Charles' "What'd I Say," the Everly Brothers' "Bye Bye Love," the Cascades' "Rhythm of the Rain," and Little Eva's "The Locomotion" (with the British Invasion getting a nod via a version of Wayne Fontana & the Mindbenders' "The Game of Love"). That's not the only problem; Vartan has a somewhat exaggerated, breathless style, and the production seems to be trying to turn almost everything into a kitschy twist/ye-ye tune. And there are a few cover choices that are eminently unsuitable for her approach, like Roy Orbison's "Oh! Pretty Woman" (here changed to "L'Homme en Noir," or "the man in black") and the Four Tops' "I Can't Help Myself." Mixed among these are the odd appealing, vaguely girl group-poppish numbers that won't be familiar to the non-French-speaking audience, especially when Vartan restrains her vocal excesses. There are also a few schmaltzy 1967 songs designated as "bonus" cuts with no relation to rock whatsoever.