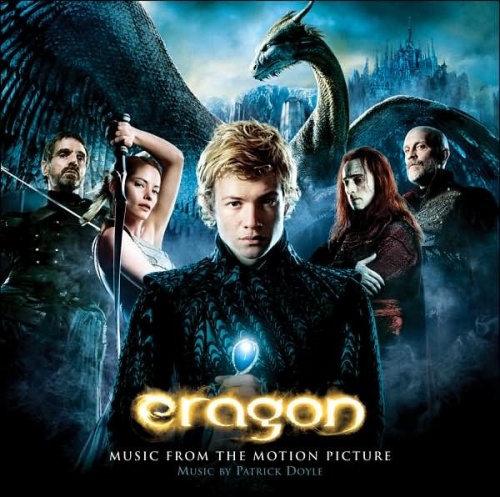 Composer Patrick Doyle, who cast a dark cloud (in a good way) over Harry Potter on the soundtrack to 2005's Goblet of Fire does just the opposite for the film adaptation of the popular young adult novel Eragon. An amalgamation of the worlds of Potter, the Lord of the Rings, Star Wars and Anne Mcaffery's Dragonriders of Pern, Eragon is a by-the-book fantasy and it deserves a predictable score. Doyle takes a page from every schmaltzy trick in the "adventure film's composer" book, pulling the pulpy bits from John Williams and the heavy bits from Howard Shore with confidence and precision, but it doesn't make it worth listening to. The two non-orchestral pieces, "Keep Holding On" by Avril Lavigne and "Once in Every Lifetime" from singer/songwriter Jem sound exactly like what one would expect from the titles.