It took seven years for Imogen Heap to follow her debut album I Megaphone with her breakthrough Speak for Yourself (during which time Heap was in Frou Frou with Guy Sigsworth), so the four-year gap between it and its follow-up, Ellipse, feels relatively short. Speak for Yourself's stunning single "Hide and Seek" took on a life of its own, partly thanks to its use in a crucial scene in the teen drama The O.C., but mostly because it was so spare and bittersweet: Heap's heavily processed vocals became more affecting because of those effects. That sound was so distinctive, it would have been easy for Heap to fall into the trap of trying to recapture that magic. Instead, Ellipse is some of her most wide-ranging work, physically and musically speaking. Heap recorded the album in locations ranging from Hawaii, Fiji, and Thailand to her home studio; while only a few songs feel overtly globe-trotting, like "2-1"'s slightly Eastern melody and the eco-conscious "Earth"'s African-tinged arrangement, Ellipse's well-traveled origins are revealed in the immediacy and urgency of its songs. Heap has a gift for crystallizing unique emotions in her music, and that's especially true of "Little Bird," which contrasts slightly dark meditations on everyday life ("Orange juice, concentrate/Crossword puzzles start to grate") with the musical equivalent of sunbeams, and "Between Sheets," which mixes romantic bliss and bubbly electronics so completely, it suggests her bed might be on a spaceship. Heap takes listeners on a tour of characters and attitudes far more eclectic than her previous albums, from "Bad Body Double"'s sassy rant about a copycat to "Wait it Out"'s breakup aftermath. Throughout it all, she never loses the slight oddness that makes her music so distinctive, whether she describes pulling away from a kiss as "mouths are fleshing over" on "First Train Home," scatters electronic blips and flute wisps through "Tidal," or makes "Aha!" witchy and mischievous enough to appear in a Tim Burton film. Soft but far from sedate, Ellipse might not have a single moment as arresting as "Hide and Seek," but it's some of Heap's most engaging work. 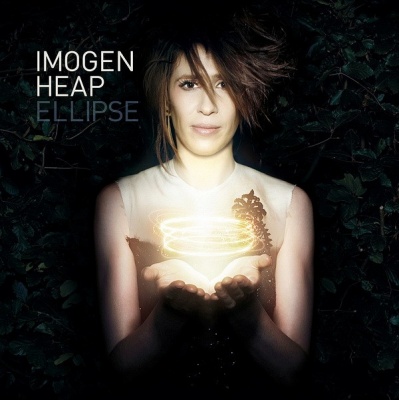