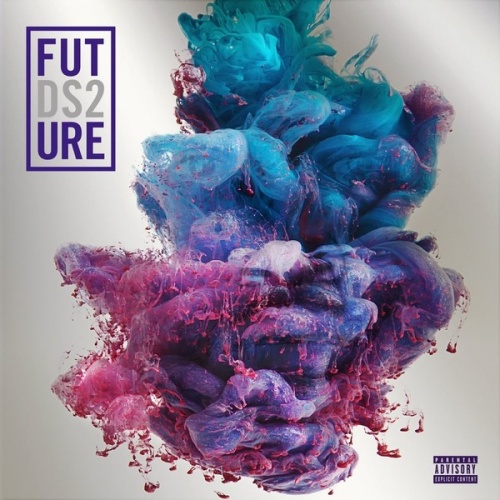 Perhaps it was the threat of Young Thug beginning to rise, but whatever the reason, 2015 was the year when Future leapt forward artistically, captivating the mixtape circuit with three releases (56 Nights, Beast Mode, and Monster) that all pushed the envelope. His massive hit "Commas" -- which only appears on the "Deluxe" version of this album -- was more of an expected move coming from a party rapper who's always drenched in Auto-Tune, and often with purple drank in hand. With the release of the album DS2 -- Dirty Sprite 2, named after his hit mixtape -- he becomes a hip-hop version of Lee "Scratch" Perry, a strange and yet in command figure standing at the center of a slick, inventive swirl of music. Strange as in "I ain't got no manners for sluts/I'ma put my thumb in her butt," which he declares during the Xanax-fueled highlight "Stick Talk." Singer Miguel might make that sound smooth, but butt man Future also notes "Started sipping syrup, I've been geeked ever since." Could be true, since hallucinatory seems to be home base for everything here, including the persuasive "Rich $ex," which is Ludacris' "Pimpin' All Over the World" melting into a Salvador Dali painting. The love of drugs comes from the quest to see something new as "Groupies" declares "Sip on my cup, it's a movie/I pop a perc, it's a movie" before delivering the album's ultimate punch line, "I smoke that ooh-la-la like a Fugee." "Slave Master" is the album's bad trip, and still a highlight, as slowly dissolving keyboards and a melancholic Future pay homage to the late A$AP Yams, who died of accidental acute mixed drug intoxication, an irony the rapper seems to acknowledge by drifting over words as the song comes to a close. Even so, "I just took a piss and saw codeine comin' out" is the way he rolls, so consider this a Schedule 2 album and lock up the medicine cabinet because Future makes it sound like the gateway to a magical, luminous place.