When Sade released Diamond Life in their native U.K., they were already a kind of sensation. The band had scored hits with their first singles, the smoldering Top Ten ballad "Your Love Is King" and the perseverant soul anthem "When Am I Going to Make a Living," both of which only faintly resembled anything else on the chart. Magazines such as The Face and Smash Hits had published cover features, intensifying anticipation for the album. Diamond Life not only distanced Sade farther outside any context in which they were placed, whether it was the sulking sophisti-pop fraternity or the increasingly mechanized realm of contemporary R&B, but also fulfilled the promise of the singles that preceded it. Rhythms that sensitively ripple and pulse at their most active, topped with deceptively cool vocals from Sade Adu -- all coated with a luster -- have a way of obscuring the depth of the material to casual listeners. "Smooth Operator," the first in a series of sketches about various characters, regards a jet-setting playboy who leaves his conquests as amnesiacs and (much like the band) "moves in space with minimal waste." Elsewhere is the turnabout tale "Frankie's First Affair," where Adu's disappointment with the protagonist verges on anguish, and the grim "Sally," a nickname/metaphor for the Salvation Army, sheltering broken men ruined by addiction and poverty. Adu breaks from third-person narratives with "Cherry Pie," lamenting the loss of a lover who was "as wild as Friday night." When Adu belts "You broke my heart!" it's but one of many lines expressed with enough purpose and force to invalidate the belief that she is an aloof performer. A sinewy and compatible cover of Timmy Thomas' 1972 hit "Why Can't We Live Together" affirms that Sade are indeed soul aesthetes concerned with more than creating a mood and projecting glamour. 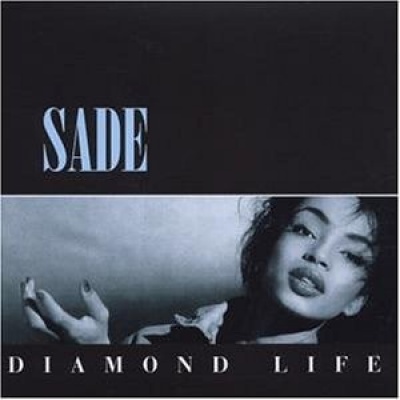