New Zealand-born, Sydney-based Carla Werner's first album is a moody, often downbeat work that showcases her remarkable voice. Somewhat like Mazzy Star's Hope Sandoval, she infuses these introspective songs with passion and integrity. No less than four producers had contributed to these 11 tracks, but Coldplay's producer Ken Nelson seems responsible for the album's direction. Layered, brooding, and often hypnotic, Werner's songs are not easy listening. In fact, on initial spins they sound deceptively alike. Unlike most major-label singer/songwriters, these tunes don't have obvious hooks and none would make a logical single. Rather, this is an album that needs to seep in, letting its subtle charms wash over the listener on lazy Sunday mornings. Although these tracks can be stripped down to just guitar and voice, they would lose much of their appeal. As a debut, this is an extraordinarily accomplished and complex work that grows stronger the more closely you listen. Still, the similarity and darkness of the ambience gets monotonous, with the poetic "Make It Up" nearly lost in the shuffle at track number nine. Werner also goes heavy on her lyrics, and a few cuts are extended past their breaking point. But her voice is so eerily luxurious that, like Bryan Ferry's solo music, all of this is worth hearing...if you're in the mood. The closing, uncredited 40-second snippet of a five-year-old Werner singing in the shower is cutesy and should not have been included in this otherwise mature debut. 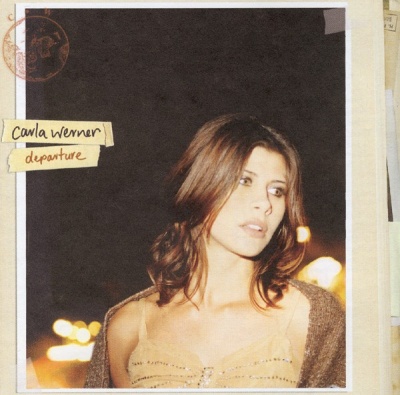