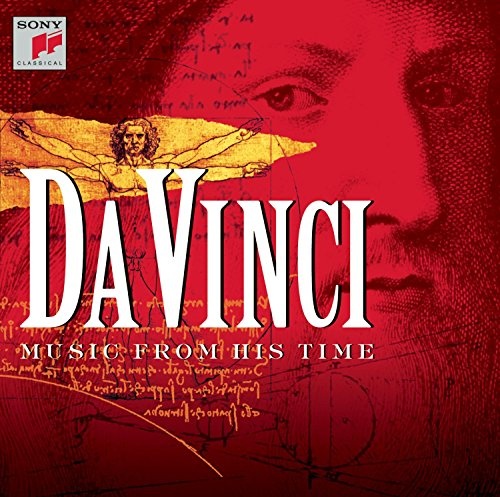 The cover of this album implies that the music within has something directly to do with Leonardo da Vinci or the story of the Da Vinci Code book and film, which it does not. But the success of the whole Da Vinci Code phenomenon provides a reasonable excuse for a disc that introduces a bit of the music da Vinci would have heard and known. Most people have at least a passing acquaintance with the masterpieces of Renaissance art and can recognize Michelangelo's David, maybe Botticelli's Venus, and certainly the grandmother of them all, da Vinci's Mona Lisa. But Renaissance music has been a different matter, with even its greatest figure, Josquin Desprez -- a nearly exact contemporary of da Vinci, as the booklet for this disc points out, and a creative figure that an educated Renaissance courtier would have regarded as da Vinci's equal -- nearly unknown except among the subgroup of classical listeners interested in the era. The reason, stated briefly, is that Renaissance music is more distant from modern sensibilities than is Renaissance art; the great leap toward a modern sound in music, the invention of functional harmony (chords that seem to move purposefully from one to another) awaited the flowering of opera in the early seventeenth century.

Da Vinci: Music from His Time isn't a perfect introduction to Renaissance music, but it may nurture the interest of someone who's never heard a note of it. Josquin is a great place to start, and he is represented by half a dozen sacred pieces, five motets, and one mass section (the Gloria from the Missa La sol fa re mi, complete with cute but likely folkloric story about the pun involved in its name), plus two secular songs generally attributed to him. The rest of the music is secular, lighter, and mostly lesser-known, but it does focus on da Vinci's lifetime rather than trying to encompass the entire Renaissance. The booklet is pretty sparse. There are no texts, and there isn't much of the kind of specific information that might get listeners excited enough to go deeper into the music (if you're searching for hidden meanings in music, El grillo is a goldmine). But it's fine as far as it goes. The performances are recycled from fairly old albums that don't represent the state of the art in the performance of this music; they're rather dry. They're competent, but more contemporary performances do a better job of bringing this music to life. For the car on the way home from the movie this could be an acceptable pick, but a better choice if you have a few hours to get to know Renaissance music would be Harmonia Mundi's Sacred Music of the Renaissance and Chansons of the Renaissance (also known as Renaissance Song) releases.