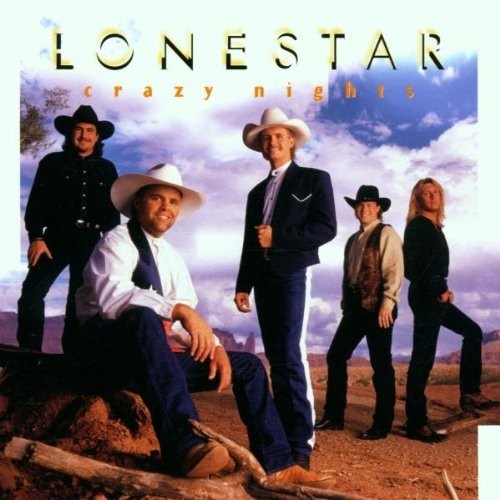 For better and for worse, Lonestar's second album Crazy Nights finds the band veering toward smooth, Eagles-influenced contemporary country. When the group has a strong song, such as the first single "Come Cryin' To Me" or the Pure Prairie League's "Amie," the band sounds appealingly professional, but when they're churning out generic material, they simply sound slick and bland. The singles won't disappoint any fan of the debut, yet Crazy Nights suggests that Lonestar might be only a good singles band, not album artists.