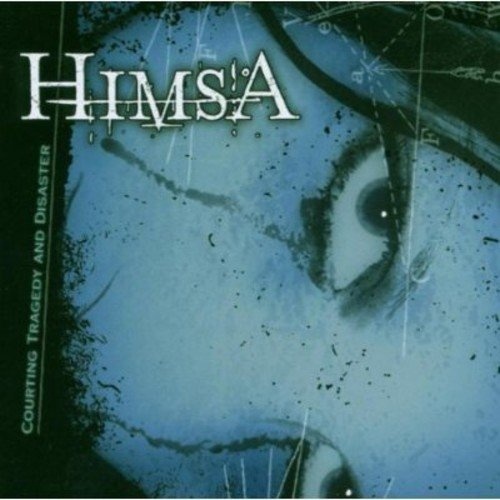 With Courting Tragedy and Disaster, Himsa have given themselves a severe makeover. Formerly a so-so hardcore-metal band with a decent following in their native Northwest region but not much of a reputation elsewhere, they reoriented with this album to a Swedish death metal-influenced style that has been all the rage with American hardcore bands during the early 2000s. It's a crowded bandwagon to be jumping on, but they do it better than most folks would have expected, from the triumphant dual-guitar riffs on songs such as "A Girl in Glass" and "Jacob Shock" to the over the top solos on opener "Dominion." Despite the metal guitar heroics, their hardcore roots are still very much evident, in the lyrics as well as the unyieldingly harsh vocals. They carry on relentlessly for 11 songs, thus requiring some stamina on the listener's part, especially given the complexity of the songwriting. Clearly, a lot of effort went into producing this album, but it's not quite catchy or exciting enough to overshadow the fact that there are already plenty of other bands playing this style of music, from God Forbid to Shadows Fall to Darkest Hour and beyond. Fans of this particular genre who can't get enough Swedish metal riffs mixed with raging hardcore vocals will enjoy this album, though.