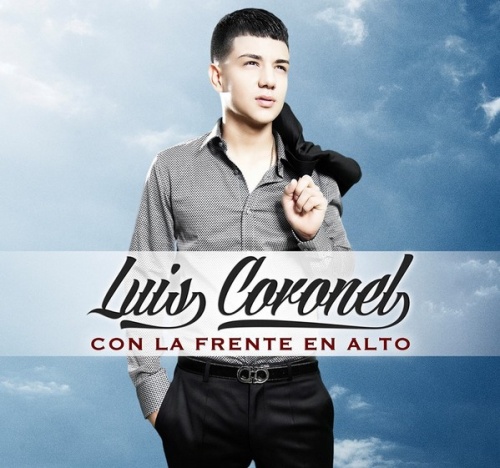 Con la Frente en Alto is the debut album from 17-year-old Luis Coronel. The Arizona native was signed by the savvy Del Records to a longtime contract due to the enormous popularity of his self-released songs and videos on social media. Interestingly, the set contains a whopping 16 tracks, including both pop and banda versions of the single "Mi Niña Traviesa," written by the team of Carlos Ferraresi and Horacio Palencia, and "Lo Mejor Que Me Ha Pasado," penned by José Estrada. Other standouts include the tropical-flavored banda of "Tu Boca Me Hipnotiza," the sultry "A Quién," written by Espinoza Paz, the aching ballad "Mil Te Amos," and the danceable tropical banda number "Eres Tú."