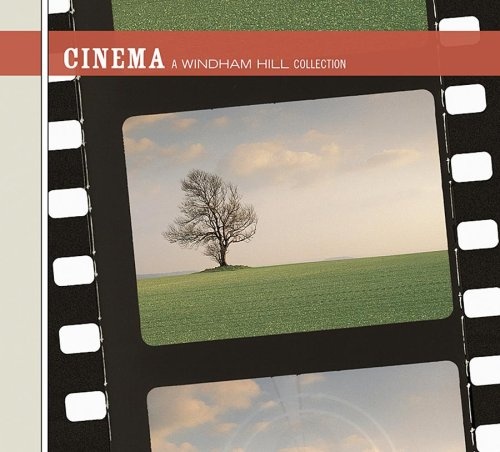 A dozen instrumental interpretations of movie themes recorded for the Windham Hill label are presented on this compilation. Nine of the 12 selections were recorded exclusively for this anthology, which also adds three previously issued tracks by Steve Erquiaga (the Cinema Paradiso theme "First Youth/Love Theme for Nata"), Stephane Grappelli ("As Time Goes By" from Casablanca), and George Winston (the self-titled theme for The Black Stallion). Only "Scarborough Fair" (used in The Graduate, though it was neither the official theme of that movie nor composed specifically for that soundtrack), "As Time Goes By," and "Over the Rainbow" are likely to be instantly familiar to the general public, though other pieces, such as "Summer Knows" (used in Summer of '42 and here done by Philippe Saisse) will probably be remembered once the motifs are heard. In keeping with the kind of instrumental music for which Windham Hill's known, the mood is sedate and smooth, the roster featuring some well-known artists within that genre, such as Liz Story, Philip Aaberg, and Alex de Grassi. It's soothing but unmemorable, and it's hard to imagine anyone rating these as standing up to the original themes or the best interpretations of them. The arrangements favor the spacious and sparse, with Wei-Shan Liu and George Winston's rendition of "Thousand Pieces of Gold" (with Liu on the gu-zheng, a Chinese zither/harp, and Winston on harmonicas rather than his more customary piano) being the most effective of the lot.