Choose One opens with "1200s Theme," the sound of DJ Peril scratching and cutting up on the Technics SL-1200 turntable that gave the group their name. Peril, the group's founder, takes center stage again on the aptly named "Electro Boogie Freaks," but at seven minutes it's a little long for a second intro. By the time track three rolls around, however, the full band is in effect and it's worth the wait. In "Karma," lead MC N'fa channels Michael Franti in his Disposable Heroes of Hiphoprisy days, with a spiritual rap about actions and consequences, while the group's guitarist Kemstar lays down a rock-solid rock riff. That unusual addition, a live rock guitarist in a hip-hop group, goes a long way towards individualizing the 1200 Techniques sound, adding an odd and sometimes surprisingly funky layer. Another thing that makes them unique is their unabashed Australian-ness; in 2002 no less, when the phrase "Australian-hip-hop" still sounded like a joke to many, 1200 Techniques bore the moniker proudly. Nfamas, in his deep, guttural growl, litters his rhymes with references to "bloody mongrels" and "undies" and other amusing Australianisms. They keep their national identity despite being influenced by predominantly American music; "Hard as Hell" lifts from the Beastie Boys and the Red Hot Chili Peppers as well as featuring another of Kemstar's astonishing riffs, while all three take a turn at the mic, declaring "We're one DJ and three MCs!" Unfortunately, there are a few tracks, like "Battlemaster," that forget that and fall back on DJ Peril taking center stage alone, to the group's detriment. Still, this is a diverse and fascinating album that helped give birth to an entire new subgenre, although Peril says in "Since I Got it," that, "There's only two types of hip-hop/good and bad." If that's true, 1200 Techniques clearly chose the former. 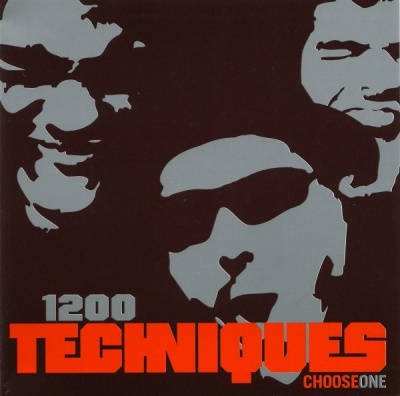