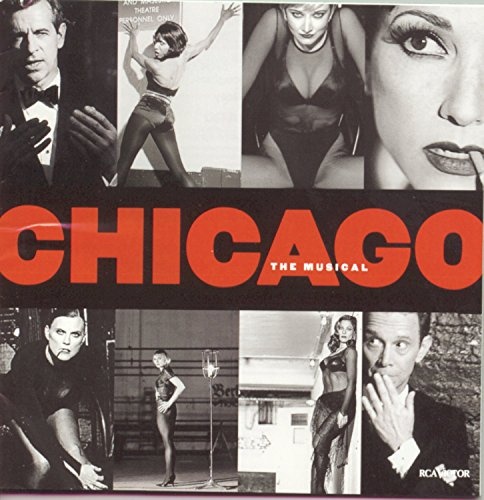 Chicago, the 1975 John Kander-Fred Ebb musical, took an unusual path to revival in 1996. Though the original show was a hit, running 923 performances, it was remembered as a triumph for choreographer/director/co-librettist Bob Fosse and stars Gwen Verdon and Chita Rivera rather than for its story (based on the 1926 play that was also the basis for the 1942 film Roxie Hart, about a murderess who goes free) or its score. Nevertheless, when New York's City Center included it in its Encores! series of concert versions of forgotten musicals in the spring of 1996, much attention was paid to the murder-and-media storyline, which suddenly had surprising parallels to a certain recent trial and its surrounding legal shenanigans. And somehow the score, which had seemed merely functional 20 years before, sounded much better. Six months later, the show, still with only modest staging, was revived on Broadway to rave reviews. The resulting cast album, running the 70+ minutes possible to CDs, is far more complete than the previous one, and the cast, including Bebe Neuwirth, Ann Reinking, Joel Grey, and James Naughton, is accomplished. The music remains generic '20s pastiche, however, and the lyrics, even in a post-O.J. world, seem unremittingly arch.