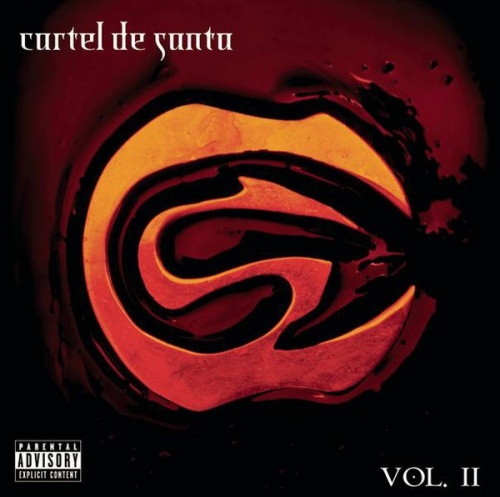 One of the flagship groups in a very young musical movement, the Mexican hip-hop group Cartel de Santa got to their place leading the charge honestly. Their high production value and apparent talent for musical alchemy makes them a standout not only among their countrymen, but in the larger Latino hip-hop world. Their guitar-driven and accordion-laced sound offers a very different take on what Latin America has to bring to the hip-hop table. Cartel de Santa offers a rich, well-developed alternative to the dominate Puerto Rican and Nueva York voices. Hailing from Santa Catarina, Nuevo León, Mexico, el Cartel released their self-titled debut in 2003, followed up by Cartel de Santa, Vol. 2. Having gained popularity and momentum with the debut, from which came the theme song for the Mexican version of Fear Factor, volume two was primed for great success. With production and a sophisticated voice that far exceeds the expectations set by their debut, el Cartel met and exceeded that success. With open-minded instrumentation and red-hot inventive beat-making, el Cartel seems to be beating the Kumbia Kings and the like at their own game. Many think that Mexico is brewing up a hip-hop revolution, and Cartel de Santa are already rallying troops.