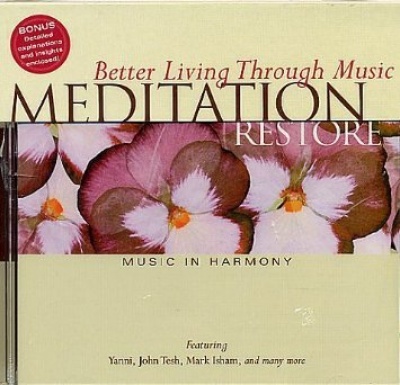 Every volume of BMG Special Products' multi-disc Candlelight Moments series is designed to provide background music for romantic, intimate evening. All sorts of music could be used for such occasions, and there are a variety of different styles in the series, with each being grouped under specific headings, such as Serene Sounds. This particular volume contains ten new age and contemporary instrumental tracks, ranging from shimmering guitars to liquid synth soundscapes. It's similar in tone to the other discs in the series -- so much so that it's hard to treat it as anything other than part of a piece, nearly interchangeable with its companion. Still, the similarity of the Candlelight Moments discs is a blessing for fans of clean, atmospheric, self-consciously sophisticated contemporary music, since they know that they'll be getting exactly what they want from any of the installments of the series. Among the highlights on Serene Sounds are cuts by Yanni, Mark Isham, Suzanne Ciani, Toots Thielemans, Paul McCandless, John Tesh, Tim Story and Philip Aaberg.