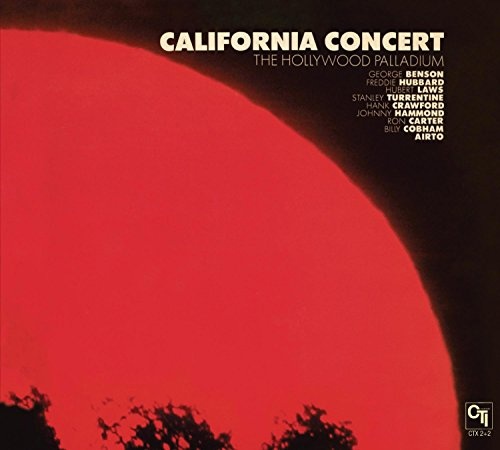 This album captured the event that more or less shouted the existence of the CTI label -- previously little-known outside of musician circles -- to the world. Along with veterans such as Stanley Turrentine and Hank Crawford, the album showcased the playing of Billy Cobham -- about to emerge from the Mahavishnu Orchestra in a big way (stealing most of that band's energy and excitement with him when he left) -- and comparatively new talents such as George Benson. Not all of the music has aged well -- "Blues West" was definitely of its time, though it's still a great showcase for Benson's guitar and Freddie Hubbard's trumpet and, perhaps a little less enduringly so, Hubert Laws' flute. But "Fire and Rain" (a great jazz take on James Taylor's song), "Red Clay," and "Sugar" need no justification for a return visit four decades after the fact, with solos and explorations that will always stand the test of time. The only caveat for listeners choosing the CD version of this album -- and it is a big one -- is the absence of "Leaving West," the original nearly 16-minute closing track from side four of the double LP. Apparently Columbia Records wasn't prepared to make this a double CD in 1990, and the CD issue runs only 60 minutes and change.