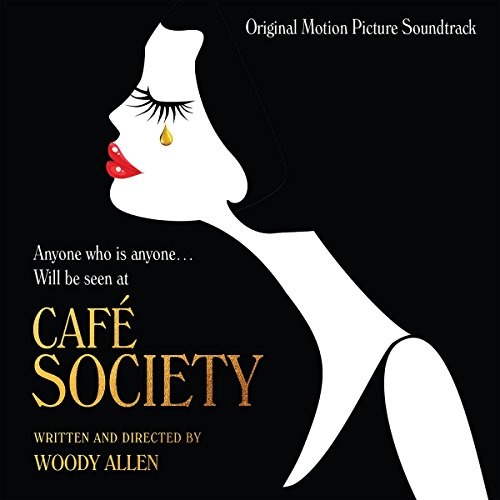 Set in New York City in the 1930s, Café Society is a 2016 romantic comedy by director Woody Allen, his 47th film. The 15-song soundtrack features a reliable mix of big-band era tunes, with archival recordings such as "I Didn't Know What Time It Was" by Benny Goodman & His Orchestra, as well as eight covers by contemporary outfit Vince Giordano & the Nighthawks, who specialize in early swing. The ensemble also appeared on the soundtrack for the director's 1996 film Everyone Says I Love You (and non-Allen projects such as Boardwalk Empire and The Aviator). Here, they do piano-led instrumentals ranging from a lively "The Lady Is a Tramp" to a graceful take on Rodgers & Hart's "Manhattan." Also newly recorded for the film are versions of "Out of Nowhere" and "This Can't Be Love" by pianist Conal Fowkes, also a prior soundtrack collaborator of Allen's, and a member of the Woody Allen New Orleans Jazz Band.