The soundtrack to Christina Aguilera's silver screen debut Burlesque shines the spotlight on Xtina, who is in full-bore diva mode -- a return to the splashy swing of Back to Basics after the stilted robotic R&B of Bionic. This slide back is dictated by the Showgirls-meets-Glitter thrust of the film’s plot -- it exists in a world where the Pussycat Dolls remain a titillating underground phenomenon, not yesterday’s trend diluted by the CW -- but its winking nods toward the past have the unfortunate side-effect of making Christina seeming even further out of the zeitgeist than she did on the weakest moments of Bionic. Of course, many of her collaborators from Bionic remain on Burlesque: Tricky Stewart is responsible for the glitzy dance, and Sia Furler co-writes the ballads, their contributions slotted between two Cher songs designed to push the narrative forward, two Etta James covers, a slice of heavy camp in the mincing “But I’m a Good Girl,” and a Nicole Scherzinger co-written interpolation of Marilyn Manson's “The Beautiful People” that provides a bewildering conclusion to this soundtrack. Some of this stuff is quite good on its own merits, particularly when Christina swings her hips to Etta's lead, bringing to mind the zest of “Ain’t No Other Man,” but every element of the film, from its aesthetic to its very concept, ties Aguilera to another era and not the retro-glam Burlesque means to evoke: no matter how strong she struts and sings, she seems tied to an era of larger-than-life divas, who are out of place in a year ruled by Gaga and Rihanna, even the vulgar Ke$ha. 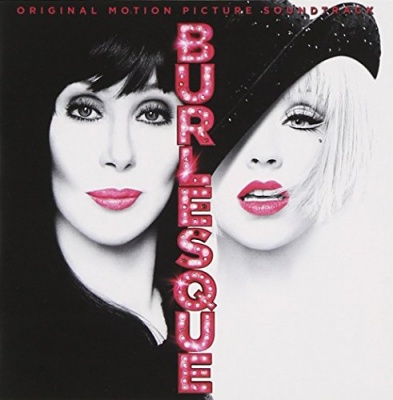