In 2006, the Bay-Area hip-hop group the Pack burst onto the scene with their single "Vans," a pulsating, hypnotic tribute to their favorite sneakers, which helped to introduce hyphy to the rest of the nation. More than a year later, their debut full-length, Based Boys, was released, but the time that passed ends up making it sound like something that, well, should have come out a year earlier. Yes, the music industry can be fickle, but this album sounds especially dated, the slow, monotonous beats of member Young L coupled with his slow, tedious, and often poor rhymes and those of the three other MCs; it's neither particularly fun in its actuality nor in its perceived continuation of a trend. "Vans," included here as a bonus, is the best of the bunch, the other tracks just trying to capitalize on that song's success and its catchy, almost haunting hook, but always falling flat. Because the formula used on their breakthrough isn't quite so fun the second or third or fourth (or 16th) time, it becomes painfully obvious that the boys of the Pack don't have much in their bag of tricks. "Why you wanna hate me?" they repeat eight times in a row during the hook of "I Look Good," while "Club Stuntin'" features the lines "We in the club, we club stuntin'/Hey we club stuntin'" as its most prominent attribute. It's too simple and mechanical to even be fun in its stupidity; instead, it just seems stupid, and this makes Based Boys, already long at over an hour, seem to drag on indefinitely. The songs are indistinguishable from one other, and boring at that, all about the rappers' sexual prowess and how they like to display it. Not original, not witty, and not fun, it's an album that can only exist in an exact moment and not one second more (and even that is suspect, as it is doubtful it would have sounded much better 12 months earlier), and, mercifully, totally forgettable. 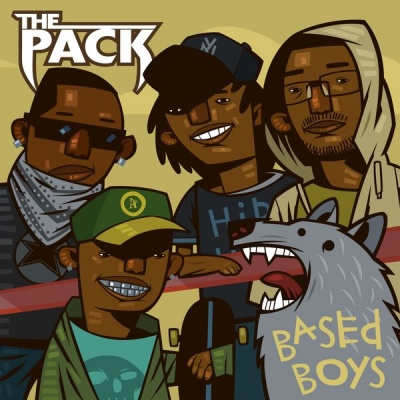