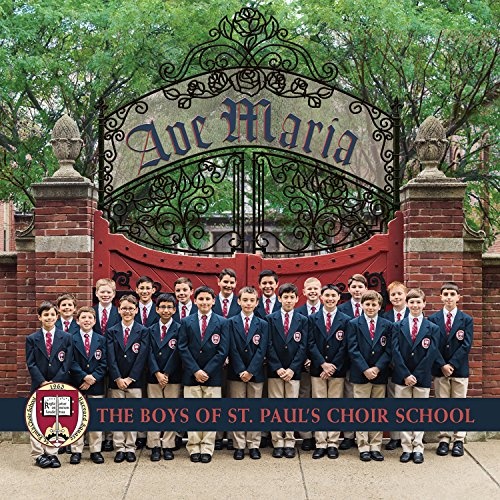 There have been several strong boychoirs in the U.S. down through the years, but The Boys of St. Paul's Choir School, formed in Cambridge, Massachusetts, in 1963 in response to a directive of Pope John XXIII that central-city churches should have their own choral schools, may be the first to enter the turf of the longstanding British cathedral choirs. They are apparently the only American choir directly associated with the Catholic church. The Marian program mixes chant with choral pieces from the Renaissance through the Romantic eras, almost all in Latin, some of them accompanied on organ by choirmaster John Robinson, and featuring the men of the choir as well. Robinson was imported from Britain, but the sound of the choir, one might say, remains American. What the young choristers lack in tonal precision they make up for with a big sound and a good deal of spiritual enthusiasm. If you want to see where they go wrong, sample Bach's Bist du bei mir, whose not especially vocalist-friendly melody, with irregular leaps, poses problems for the singers. But it's better to enjoy their strengths: Bruckner's Virga Jesse floruit has a distinctive powerful sound and builds to an impressive climax. The choir made one recording, Christmas in Harvard Square, before this one, but Ave Maria marks their debut on the major Sony label, whose investment seems likely to be repaid with strong sales.