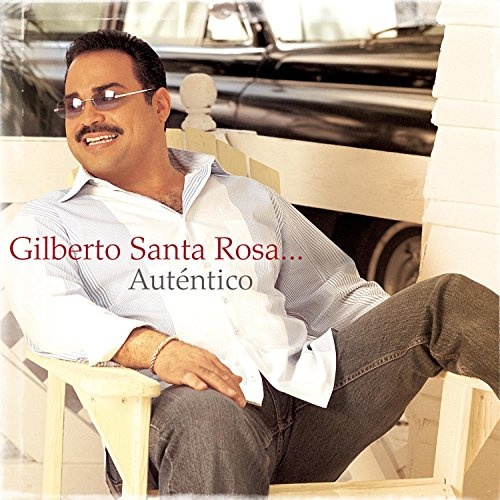 Furthering his long career as a heavy hitter for Sony International, Gilberto Santa Rosa brought a strong release to the salsa listening world for 2004, Auténtico. After many years as one of the most respected vocalists in salsa, and one with the greatest fidelity to tradition, there are few who could doubt his authenticity, but just to make sure, Auténtico is packed with gusty, men-from-the-boys style salsa. A slight deviation from his more pop-oriented direction of late, this record is dancehall-style salsa from beginning to end. Santa Rosa sounds as strong as ever, with a distinctly Blades-esque tone to his voice and phrasing. The likeness is startling at times. There are few bands on the scene today who are as dedicated as Santa Rosa is to the performance of traditional salsa with double-barreled enthusiasm. Perhaps only paralleled by salsa great Oscar D'León, Santa Rosa seems dedicated to the aesthetic of salsa's 1970s heyday. Auténtico features a great variety of styles, including guajira, plena, rhumba, and of course, the mambos that won him the superstar status that he enjoys today. The writing is good, yet not outstanding. Though the performances are strong, there isn't a single on the record. Instead, the record is best enjoyed as a whole. For those who like their salsa straight up, Santa Rosa and Auténtico have the recipe for clave con swing, no chaser.