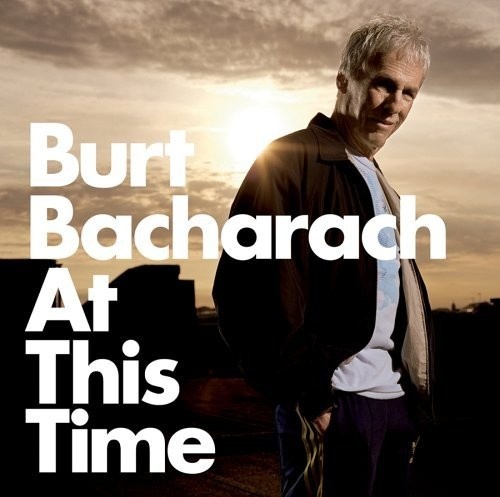 For as great as he is, Burt Bacharach has never been much of a solo recording artist. His greatness lies as a composer, not as a performer, due largely to his gravelly voice, which has a tendency to waver out of tune, but he also has a tendency to indulge in his sleepiest MOR qualities when he's left to his own devices. Even on his 1967 solo debut, Reach Out, he emphasized easy listening, spending nearly as much time on instrumentals as he did on vocal tracks. This is a template Bacharach followed over the years, returning to it repeatedly on his increasingly infrequent solo albums. As the decades passed, he paid less and less attention to his recording career, entering a quasi-retirement after 1977's Futures. He returned 20 years later with a collaboration with Elvis Costello, Painted from Memory. This was released at the height of a Bacharach revival -- new bands were covering his songs, dropping references to his work in interviews, and Mike Myers' Austin Powers character seemed to be lifted out of a mythical swinging '60s scored entirely to Bacharach/David songs -- but despite great reviews and the fact that it was Bacharach's best album, it stiffed. Despite its poor commercial fortunes, it eased him back into being an active artist, so when he released At This Time seven years later, it didn't seem like a comeback as much as it did a belated follow-up of Painted from Memory. Unfortunately, the album itself isn't a continuation of that splendid affair; it's a throwback to Bacharach's spotty, maddening solo albums of the '60s and '70s.

All of the press surrounding the release of At This Time emphasized Bacharach's contention that he was compelled to write these songs due to his despair at the state of the world in 2005, which gives a not inaccurate impression that this is a politically charged record. To a certain extent, that is true: "Who Are These People" is a direct assault on the Bush administration ("Who are these people that keep telling us lies/And how did these people get control of our lives...And what kind of leaders can't admit when they're wrong?") and there's a mournful quality to many of the songs here, as on the opening pair of "Please Explain" and "Where Did It Go?" Bacharach is also writing direct, confessional first-person lyrics for the first time, which is disarming yet endearing. If only this newfound lyrical vigor was supported by a strong set of music! At This Time bears many of his lush orchestral pop trademarks, but they sound rote, as if they've been assembled on autopilot. Worse, with the exception of "Who Are These People?," the melodies don't linger, they fade away. And despite the presence of many interesting collaborators, including rhythm loops by Dr. Dre, the production sounds as if it were freeze-dried in the early '80s, as it's built on outdated synthesizer sounds, smooth jazz sax and trumpets, floating choirs, and soft, almost imperceptible strings. Which means At This Time, like nearly all of Bacharach's albums, is ultimately a pleasant, dull easy listening album -- and that's too bad, because if Bacharach had been as daring with his music as he was with his words, this could have been as memorable instead of forgettable.