Twenty years ago it might have come as a surprise to hear Christian pop music that rocked in an unselfconscious way, or that combined genuinely powerful hooks with explicitly and unabashedly devout lyrics. (Sure, there was Amy Grant if you wanted hooks and Stryper if you wanted to rock out, but they were exceptions -- and where's Stryper now?) The fact that such music is no longer surprising is due in part to guys like Chris Rice, guys who never let the music take a back seat to the message, and who don't think the devil ought to get all the good basslines and drum loops. Rice has spent years producing instrumental music for various projects (and wrote "Billy Joe McGuffrey" for the first full-length VeggieTales movie), but this is his second full album of real songs. They deal with fairly predictable themes: changing the world ("Love Like Crazy"), domestic bliss and heartache ("When Did You Fall", "The Breakfast Table"), the inevitable, accelerating and sometimes frightening passage of time as you get older ("Tick Tock"). His voice is clear and straightforward, his tunes catchy and nicely arranged, and he has Duane Eddy twanging things up on a couple of tracks. What's not to like? (On the reverse side of the disc is DVD programming that includes the entire album in enhanced stereo, a documentary, and a live performance of "Tick Tock".) 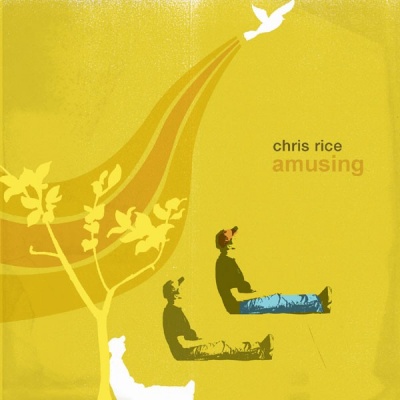