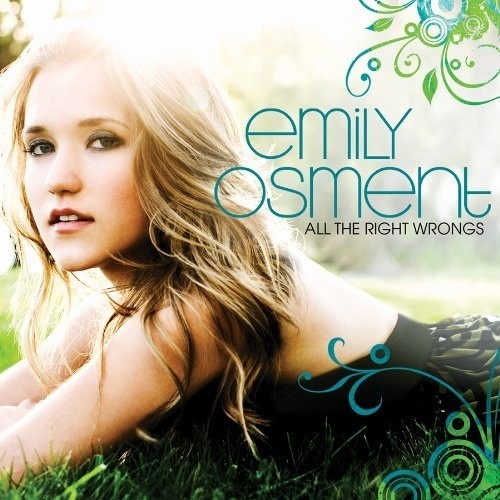 After flirting with pop and country on her early recordings, Emily Osment underwent a rock & roll makeover for her debut EP, All the Right Wrongs. Songwriting sessions with Eve 6 and Plain White T's yielded enough punky fodder for the disc, and her transformation was further reflected by a retooled MySpace, which featured pinups of Radiohead, Beck, the Pixies, and other staples of a respectful record collection. Yet despite some fairly catchy songs, All the Right Wrongs never quite shakes itself free of the Disney machine: it embraces Auto-Tune, emphasizes overly polished production, and generally whittles away at the sharp teeth these tunes might've otherwise had. "You Are the Only One" is a refreshing exception, a spunky '80s-styled ode to adolescent love that changes keys in the chorus and features Osment's rawest vocal to date. Her core audience might not know the difference -- for all those preteen fans who first came across Osment on the Hannah Montana show, All the Right Wrongs is probably the most rockin' thing this side of recess -- but "Only One" proves that Osment may eventually eclipse her Disney peers, provided she has more songs like it in her arsenal.