If great rock & roll is supposed to be about breaking the rules, then Flipper's still-astonishing debut, Album -- Generic Flipper, confirms their status as one of the great rock bands of their day. Album captures a band who not only refused to obey the accepted guidelines of rock & roll, they didn't even bother to pay much attention to their own rules. On the opening cut, "Ever," the band displays a willful contempt for rhythm, playing in a sludgy mid-tempo that wavers back and forth -- and then they add a snappy (if casually executed) clap track over the top, making the sloppy mess seem almost catchy. Flipper slogs along through a slow, noisy swamp through most of the album, only to snap-to with a dose of up-tempo hardcore near the end on "Living for the Depression," and then close out with the brilliant "Sex Bomb," the closest thing '80s punk ever created to the beer-fueled genius of the Kingsmen's "Louie Louie," and a song with a great beat that you just can't dance to. And while Flipper seemed sincere about their utter lack of faith in mankind, on "Life" they dared to express a tres-unhip benevolence, declaring "Life is the only thing worth living for." (Not to mention the angry but deeply committed finale to "Living for the Depression," in which Bruce Lose declares, "I'm not living my life to be/A real cheap f*cker like you, copout!") About the only accepted rule of rock that seems to mean anything to Flipper is that music isn't worth playing if it doesn't have passion; every noisy moment of Album -- Generic Flipper sounds like Flipper was willing to live and die for this music (and in a sense, that's just what Will Shatter did). On Album -- Generic Flipper, Flipper plays noise rock with none of the pretension that later bands brought to the form, proving that music doesn't have to be fast to be punk (a lesson that gave the Melvins a reason to live), and creating a funny, harrowing, and surprisingly engaging masterwork that profoundly influenced dozens of later bands without sounding any less individual two decades later. 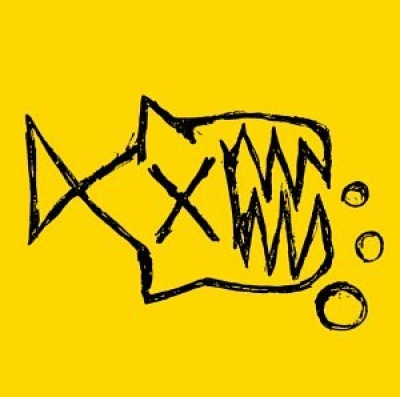