Down-home bachata record from a singer who frequently and effectively pays homage to Julio Iglesias (whose songs make up about a third of the tracks here). The disc is saved from the mundane by Manuel's inventive, soukous-influenced guitar work which is at its most brilliant on the opening track. The momentum is sustained throughout the next several tracks, the highlight of which has to be his hymn to "Manuela," here given the '70s Demis Roussos treatment -- perhaps suggesting the female name he finds the most attractive. The sultan evidently has plenty of self-esteem. Alas, toward the end of the disc, he seems more preoccupied with playing the mockingbird to his idol, Iglesias, than with playing the guitar. Still, this is roots bachata -- boleros performed on cheap guitars and cheap drum machines by talented Dominican performers whose innate talent occasionally bursts out in raw awkward fluorescence. 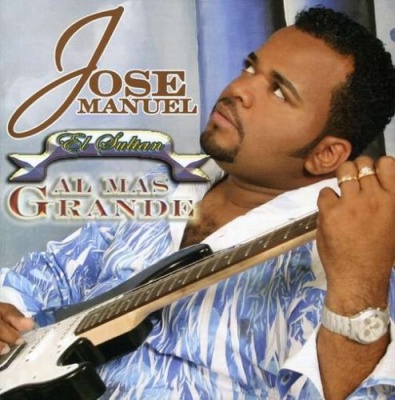