Major-label debuts from punk bands usually all follow the same route, and end up sounding polished and produced. But with Alkaline Trio six full-lengths into their career, it could be assumed that they would be immune to any sort of big sound alteration on Agony & Irony, their first offering for Epic. Besides, Alkaline Trio already polished things up a few albums ago -- the raw, drunken rants of their past didn't make it very far past Asian Man Records. So the fact that Agony & Irony is overall a moderately paced affair featuring songs more pop/rock than pop-punk isn't such a surprise; it's simply a logical progression from Crimson. It might be slightly disappointing that some of their raw edge didn't return -- and the lyrics are effective, if not quite up to the cleverness they've shown in the past -- but at the same time, the continued polish isn't necessarily a bad thing; there are some pretty great songs here. Opener "Calling All Skeletons" is a perfect pop song -- complete with handclaps and hip shakes -- tailor-made for soundtracking the reckless house party scene of a prime-time teen drama. "I Found Away" skips along to a shuffling drumbeat courtesy of Derek Grant underneath modern rock guitars, while "Help Me" throws everything it has to Matt Skiba's expressive vocals. The latter song seems to set the standard, since although Dan Andriano chimes in on almost every melody, he noticeably only takes lead on a handful -- as on the lonely vintage pop of "Love Love, Kiss Kiss" -- which is a far cry from earlier albums where the split was almost even. Agony & Irony continues with the blood reds, black nights, and images of death that have become part of the band's trademark, but the guys also inject a few songs with some undercurrents of hope through the haze, which is, admittedly, a nice touch. And there seems to be an equal amount of contentedness as misery in this set, which does suit the aging band. But even so, it's a little hard not to wish for more of that edgy bitterness to creep back into the songs, roughing things up a bit and adding some excitement to the mix. The album is still enjoyable and damn catchy in spots -- but knowing as much as we do about this talented trio, it seems like it could have been so much better. 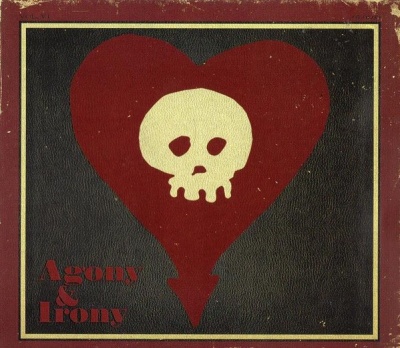