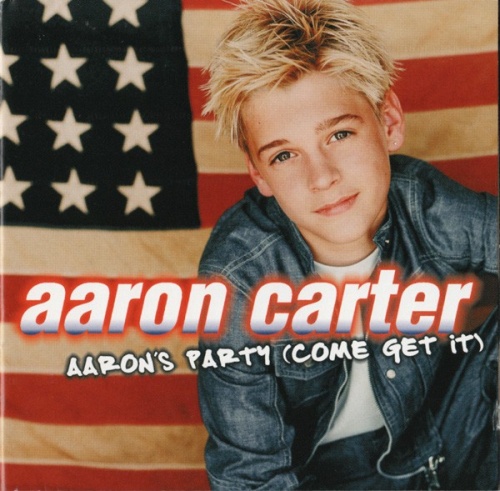 According to Aaron Carter, all he wants to do is give listeners "a little bit of old school." Of course, the 12-year-old Carter's definition of "old school" means listening to Color Me Badd and Joey Lawrence albums. If you're outside of Carter's preteen demographic, Aaron's Party: Come Get It is exactly as bad as you think it would be: a painful blend of facile synth pop mixed with sanitized, suburban hip-hop jargon. It's hard enough watching pint-sized rappers Lil' Bow Wow and Lil' Romeo act like they're street hustlers, but listening to Carter try to come off as a hard-edged lothario is just plain sad. As if that isn't bad enough, he also manages to desecrate '60s pop classics such as the Strangeloves' "I Want Candy" and the Dixie Cups' "Iko Iko." Aaron Carter is the younger brother of Backstreet Boy Nick Carter, and this album is proof that George W. Bush is not the only one who has ever benefited from nepotism. Like bubblegum acts of the past, the only value of Aaron's Party: Come Get It is as pure kitsch, the sort of album you look back on years after its release and mock with ironic glee.