Having recently declared that he's in far better voice than he was in his '70s/'80s heyday, romantic crooner Julio Iglesias gets to put his money where his mouth is on this alternative greatest-hits collection, Vol. 1. His first studio release since 2007's Quelque Chose de France sees Spain's most successful musical export revisit 15 of his most cherished songs from his enduring 40-year career, with tracks spanning from 1973's Un Canto a Galicia (the title track) right up to 2006's Romantic Classics (a Spanish-language version of Elvis' "Always on My Mind"). But other than the inevitable maturity in Iglesias' voice and a slightly glossier production, there's little variation between the originals and the new recordings, which, with the exception of the breezy Gallic lounge-pop of "As Vezes Tu, As Vezes Eu," stick to his trademark orchestral and flamenco-tinged chansons. While renditions of Leo Sayer's "When I Need You," Elvis' "I Can't Help Falling in Love" ("So Voce Vai, Me Fazer Feliz"), and Stevie Wonder duet "My Love" will be familiar even to those who now associate the Iglesias name more with his son Enrique, the rest of the track list is more notable for its omissions than its inclusions, with U.K. number one "Begin the Beguine," his U.S. hit collaborations with Diana Ross and Willie Nelson, and his breakthrough Eurovision entry, "Gwendolyne," all conspicuous by their absence. Presumably, these signature hits will appear on later volumes, a risky strategy that appears to have paid off judging by its chart-topping success in his homeland, but this competent yet unremarkable set of "reworkings" doesn't exactly whet the appetite for any future releases. 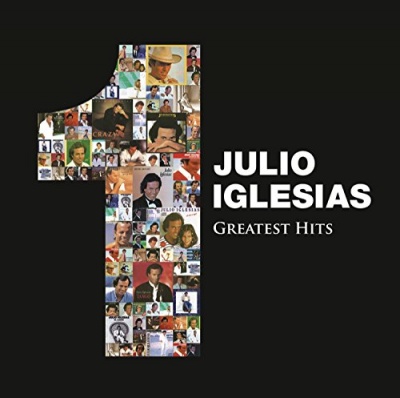