Sophisticated, accomplished collection of straight-ahead acoustic jazz from the pianist, with guests including saxophonist Benny Golson.

Recorded in Havana with a large, sophisticated, and celebratory cast of Cuban and American composers and musicians.

This large-scale work based on Allen Grossman's poetry is a masterful creation of artful sophistication and accessibility.

This breathtaking concert captures the premiere of the saxophonist's six-part suite with an international cast.

Let the Bells Ring On

The guitarist's great album harks back to a time when jazz was actually popular music and the song came ahead of the players.

Compiled from over seven years of concerts, this set offers inspired evidence of two brilliant musicians in intimate dialogue.

The Subliminal and the Sublime

The saxophonist adds two bassists, a vibraphonist, and a string quartet to his core group to deliver a remarkable, expansive set of new compositions.

A Million Colors in Your Mind

For One to Love

Salvant dazzles your ears while breaking your heart on this romantic, virtuosic follow-up to WomanChild.

A hallucinatory and surprisingly organic collaboration between the trumpeter and electronic musician Shigeto. 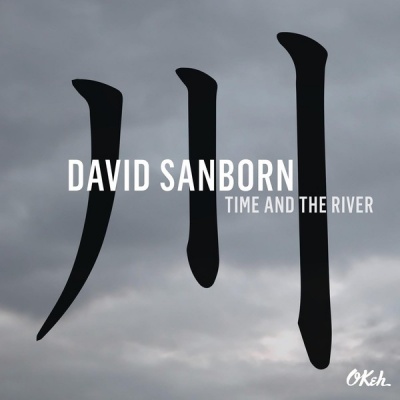 Time and the River

The saxophonist celebrates his 40th anniversary as a bandleader, re-teams with Marcus Miller, and issues a killer set of grooves and ballads.

David Torn explores the outer limits of electric guitar and looping on Only Sky.

The singer, songwriter, producer, and arranger offers an encounter with musical traditions of Africa and the Caribbean via spiritual L.A. soul.

This Is Not a Miracle

A second set of Hollenbeck's favorites in shimmeringly beautiful arrangements for large ensemble and vocalists.

This tribute to the great bassist includes soloists Pat Metheny and Gary Burton backed by the SWR Big Band.

This monumental, wildly successful meeting of two iconic guitarists was cut live in the studio with a large backing group using scant arrangements.

Second album from a Bakersfield-based group who play a refined brand of Ethio-inspired spiritual jazz.

The ECM debut of this Danish guitarist with bassist Thomas Morgan and a drummer is remarkable for its understated ideas.

On its second album, this Detroit quintet display growing confidence with a modern meld of hard- and post-bop.

Tales, Musings, and Other Reveries

Yesterday I Had the Blues

To celebrate the jazz legend's 100th birthday, the singer and a killer trio deliver a riveting set in tribute to her influence and legacy.

A massive, accessible, revelatory debut by the veteran L.A. saxophonist, his large band, strings, and a choir.

At 70, the pianist changes his method to produce a new solo work culled from five improvised performances.

A yearning, literate collection of songs from around the world held together by Elling's nuanced, lyrical vocals.

Reunited with his longtime trio, the Beninese guitarist dazzles with a live-in-the-studio concert of all new material.

With an all-star international cast, the bassist creates massive grooves and infectious melodies to link the past to the future.

The debut album by the Madrid-born pianist/composer's N.Y.C.-based quintet delivers creative jazz with both nuance and adventurousness.

The Norwegian trumpeter and quintet beautifully illustrates a musical journey from his homeland to North America.

Brooklyn's jazz-funk heroes team with a symphony orchestra and swing hard in an ambitious groovefest.

The pianist leads yet another exemplary creative jazz quintet, with music inspired by Uruguayan author, historian, and journalist Eduardo Galeano.

The second recorded meeting between these two improvising powerhouses was cut live in a recording. The result is breathtaking.

This acoustic trio offers a relaxed, swinging set of standards and originals that showcases the warm side of musical virtuosity.

The Bad Plus / Joshua Redman

The Bad Plus Joshua Redman

Inspired collaboration between the genre-bending piano trio and the acclaimed jazz saxophonist.

The cutting-edge sax-bass-drums trio continues to explore the nexus between creative jazz and electronica on its second Cuneiform release.

The Canadian sextet uses Afro-beat as a launch pad for hard-grooving explorations of Latin, Caribbean, and Ivorian club sounds.

After a series of collaborative albums, the Swedish avant jazz-funk trio delivers a houserocking gem.

You've Been Watching Me

The pianist's long-standing trio expertly demonstrate the concept that "a break in music is still music: a span of time in which to act."