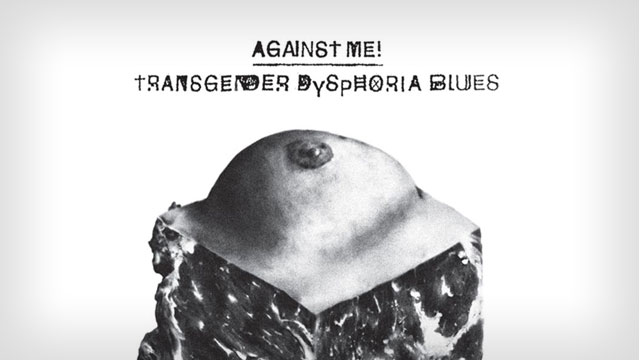 Transgender Dysphoria Blues, the latest from punk heroes Against Me!, has met with tremendous acclaim since its release in January. In his 4 1/2 star review, AllMusic editor Stephen Thomas Erlewine praised the album's "nervy, direct rock & roll, the kind that can fill either a club or stadium -- singalongs inspired by Strummer and Springsteen and any number of their followers, populist punk that underpins songs that tell the tale of an individual experience." To celebrate the album's release, Against Me! has offered up three autographed copies of the CD version of Transgender Dysphoria Blues. And we're making it tremendously easy to enter to win one of them.

On Wednesday, February 19, we'll draw three winners at random from our Facebook fans, Twitter followers, and mail-in entrants who shared, retweeted and posted. The winners will each receive one autographed CD version of Transgender Dysphoria Blues.

Details about this giveaway:
• Giveaway begins Thursday, February 6. Winners will be randomly selected on Wednesday, February 19.
• Winners will be contacted via the service they used to enter, except for mail entrants who will be contacted via the info they provided.
• If no response is received from a winner within 72 hours, a new winner will be drawn from the pool of candidates.
• Must be a United States resident to win.
• Must be over 13 years of age to enter

Or if you just want the record now, head over to the Against Me! webstore, where they're keeping things economical on CDs and LPs.