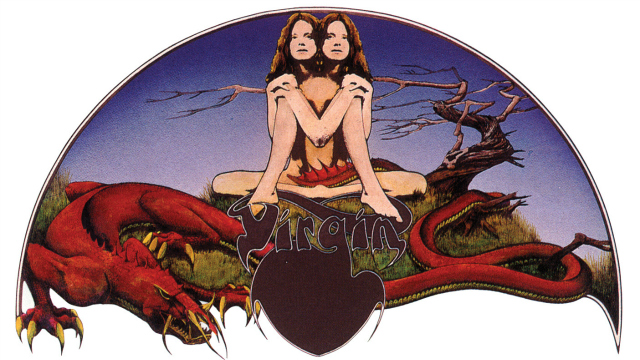 British label Virgin Records is celebrating its 40th anniversary this year. Though beginning as an outlet for Krautrock and prog fans, Virgin evolved into a home for late '70s post-punk and later a slew of platinum artists of all stripes, and is marking the occasion with a variety of live events such as panel discussions, performances and an art exhibit. The Guardian reports that Virgin Records: 40 Years of Disruptions. (The Exhibition!) includes memorabilia like apparel and posters alongside video installations and photos, plus a reproduction of the original Virgin Records shop:


The room is a recreation of the original Virgin Records shop on Oxford Street – more hippie squat than the cathedral-like megastores that followed – but very much a place that has a "this is where it all started" feel to it. ... a recreation of a particular moment in 1977 when Virgin was launching the Sex Pistols album Never Mind the Bollocks – so the shop is jam-packed with just one album on show. Customers in 1977 were encouraged to turn the record over on the deck in the corner or "Turn it f*****g over!" as the sign reads.

40 Years of Disruptions is on view October 24-29 at Studio B1, Victoria House in London.

Can't be there? Instead check out some recommended listening, and share your picks in the comments:
Mike Oldfield - Tubular Bells
Robert Wyatt - Rock Bottom
Dudu Pukwana & Spear - In the Townships
Tangerine Dream - Phaedra
The Mighty Diamonds - Right Time
Sex Pistols - Never Mind the Bollocks, Here's the Sex Pistols
Devo - Q: Are We Not Men? A: We Are Devo!
Magazine - Real Life