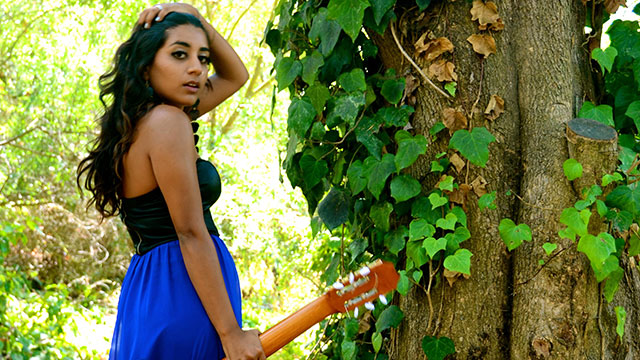 Self-described "fusion folk" artist Zoya has been making music since she was a young teenager, and when she decided she wasn't content with simply performing the indie-folk style she appreciated in artists like Ani DiFranco or drawing exclusively form her Indian ancestry, she blended her passions and heritage into her own sound. "Lunar Eclipsed" will be on her upcoming album, The Girl Who Used to Live In My Room, and features an appearance from M.I.A.'s touring percussionist, Kiran Gandhi. The result is a track that showcases her acrobatic voice, finger-picked acoustic guitar, flute and assorted percussive elements to create a melodic sense of movement.