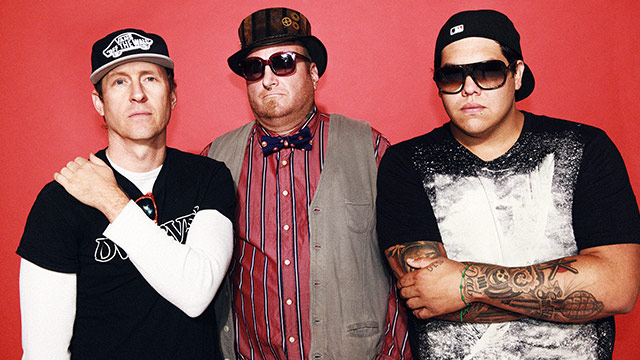 It's a big week in the world of Sublime With Rome, the retooled incarnation of the famed 90s band; they're releasing their second album, Sirens, on Friday—their first with drum mercenary Josh Freese behind the kit, replacing original Sublime member Bud Gaugh, who left in 2011—and the band is launching a lengthy American tour on Thursday.

The band is also dropping their first video from Sirens today, for the single "Wherever You Go." The song's sunny disposition is juxtaposed with a hard-edged story about an underground fighter and the woman who's fed up with his nonsense.

Sirens can be ordered digitally via iTunes and Amazon, or on physical formats directly from the band.