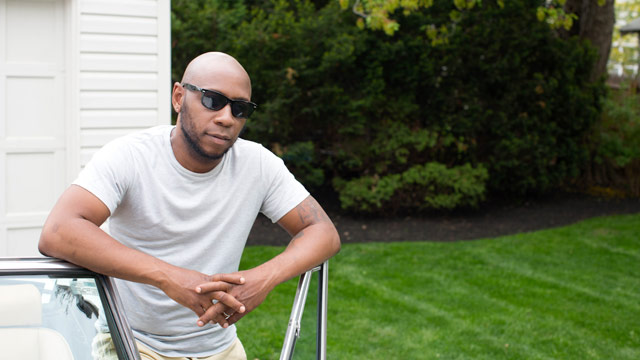 Skoota Warner has been making music for decades, bouncing between the worlds of hip-hop, hard rock, gospel and blues. From his own rap albums to his role as drummer in the alt-metal band Ra, who had the hit "Do You Call My Name" in 2002, to touring with Patrick Stump, Hot Tuna and Mary J. Blige, Warner has carved out a diverse career both behind and in front of the drum kit. His new track, "Man of Value," comes from the upcoming album Vignettes, and the video shows the pieces of the song coming together: acoustic guitar, stand-up bass, drums, electric guitar and strings, along with both rapped and sung vocals.

Vignettes is due out June 23 and can be pre-ordered via iTunes.