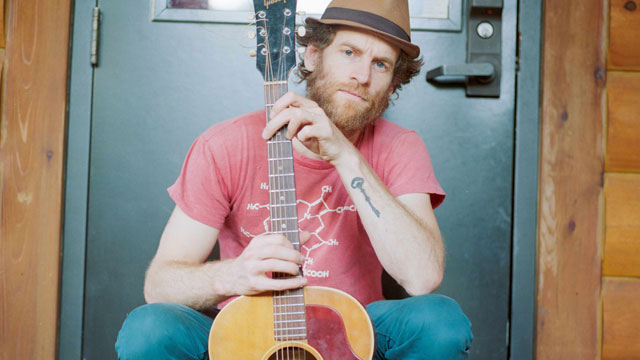 Chadwick Stokes (aka Chad Urmston) has been making music as the frontman of the Vermont-based jam band Dispatch since 1996, and started branching out into making solo records in 2011. His next record, the crowdfunded The Horse Comanche, is scheduled for a February 2015 release, and we've got the premiere for the first video from the new album, "Our Lives Our Time." According to Stokes, the track was inspired by being fed up with a lot of things about our current situation.


"The tune's about being frustrated that we're still in a society that is largely intolerant of gay marriage and gender equality, has a prison industry complex that is rampant, has corporations that have a stranglehold on the government, fat cat Wall Streeters who get away with murder and make billions as teachers of our country can't make ends meet. Recording it was tough because the third verse was never mapped out and depending on how I sang it, so each time we did it, the words landed in a different place. The band and I just had to go for it and hope that the words ended in time and ended in a way that we could hit the last chorus in stride. It took many tries, and it might be different every time we try it live."

Chadwick Stokes is hitting the road this weekend for a run of shows, many of which also feature Ark Life, whose track "Very Fine Friends" we debuted yesterday.


Want to premiere a video, song or album on AllMusic? Drop us a line: nyyzhfvp_cerff@nyyzhfvp.pbz.