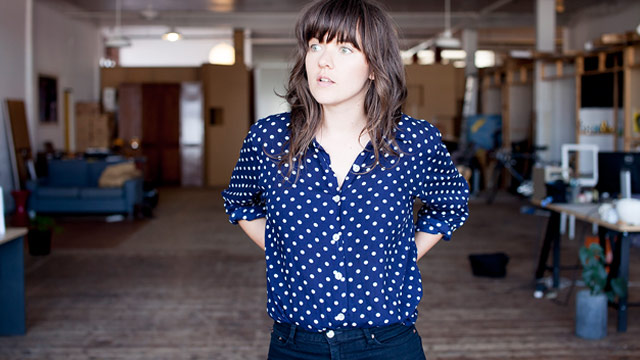 Courtney Barnett's full-length debut was a breath of fresh air when it came out in March: a collection of straightforward rock songs, heavy on inspiration and wit, low on frills and fluff. AllMusic editor Stephen Thomas Erlewine gave Sometimes I Sit and Think, And Sometimes I Just Sit four and a half stars, praising the album's ability to vary from fury and soothing sadness, hailing it for being "music that lives thoroughly in the moment."

Thanks to our friends over at Moshcam, we've got the premiere of a track from Barnett's recent performance in Melbourne, the flowing, edgy "Debbie Downer." The full concert will be available starting Monday, July 6 via Moshcam as part of their extensive library of live concert videos.