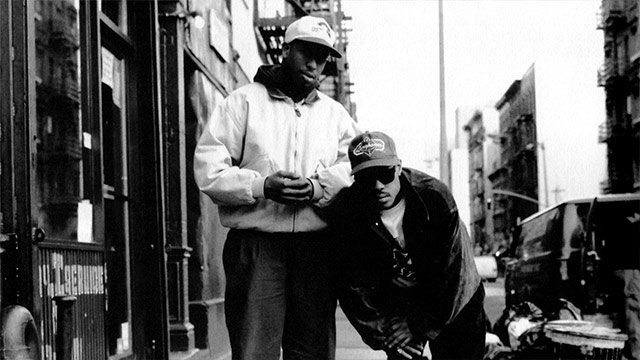 When Gang Starr came out with the markedly aggressive Hard to Earn in 1994, it was noted for being a more bitter, reactionary record than the albums that came before. Now, with more than two decades of hindsight, surviving member DJ Premier, along with artists like Jadakiss and Fat Joe, talk about one of the album's most notorious tracks, "Mass Appeal." This video, produced by our friends at Complex, provides context for where New York hip-hop was at in '94, examines the log-shot odds of two non-New Yorkers making it in the NYC hip-hop scene, and how the duo reacted to the watering-down they saw in hip-hop at the time.