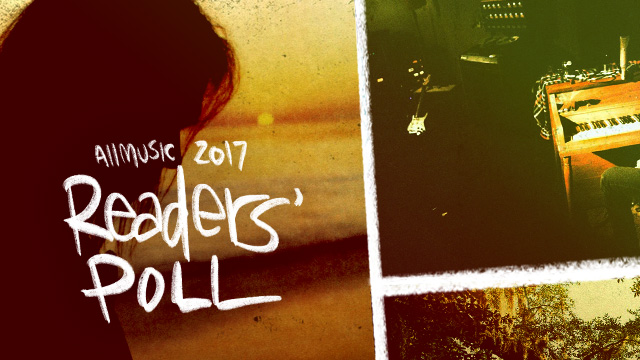 We close out our Best of 2017 coverage by giving our readers the final word and sharing the results of our annual readers' poll. Find out if your favorite albums made it into the top 10, then crack your knuckles and get ready for the tunes that await us in 2018.

"Lorde is embracing all the possibilities the world has to offer but then retreating to the confines of home, so she can process everything she's experienced. This balance between discovery and reflection gives Melodrama a tension, but the addition of genuine, giddy pleasure -- evident on the neon pulse of "Homemade Dynamite" and "Supercut" -- isn't merely a progression for Lorde, it's what gives the album multiple dimensions." (Full review)

"Thanks to the care and feeding the band put into their sound, Antisocialites manages the rare feat of a band topping their brilliant debut with a sophomore effort that's even more brilliant. Alvvays make it looks easy, and by the time the album is done spinning, it's hard not to start thinking about how great their next record could be." (Full review)

"Southern Blood is almost perfect; there isn't a better final album Allman could have made. It belongs on the shelf between 1973's Laid Back and the mysteriously withdrawn but amazing One More Try: An Anthology." (Full review)

"Father John Misty cherishes his public role as a prankster, a stance that can sometimes seem at odds with his grand artistic ambitions. And, make no mistake about it, Pure Comedy is indeed a very grand record, an old-fashioned major statement designed to evoke memories of classic long-players from the '70s." (Full review)

"...This is a set of outstanding songs that registers as the work of a great band, as well as the craft of a world-class tunesmith. Isbell was already a gifted artist when he first gained public visibility with the Drive-By Truckers, but The Nashville Sound finds him growing from strength to strength, and it reaffirms his place as one of the best and most emotionally affecting artists working in roots music today." (Full review)

"Recorded over the course of one lazy, stoned day in Malibu in 1976, Hitchhiker was never bootlegged, unlike Homegrown and Chrome Dreams, its unreleased cousins from the mid-'70s. Neil Young first let its existence be known in 2014, when he mentioned a 1976 solo acoustic session recorded with longtime producer David Briggs that was "a complete piece."" (Full review)

"Subtlety, once a word never associated with Plant, is now his greatest strength, and Carry Fire carries a real, substantial difference from lullaby, which gained power from its moodiness. Here, Plant doesn't seem quite so melancholy. The very richness of the music bears the weight of a long, unpredictable life, but the album's tenor -- not to mention the songs themselves -- suggests a boundless possibility, and that's why Carry Fire is an album of hope: Plant wears his years proudly, yet he's not concerned with any moment other than the present." (Full review)

"While Sleep Well Beast offers more than its fair share of hushed moments, this familiar signature seems enhanced by the fact that these soft, slow songs are surrounded by cuts where the darkness opens up slightly but significantly. It's enough to make Sleep Well Beast feel like a dramatic departure in the close quarters of the National's discography." (Full review)

"In a way, DAMN. is just as lavish and singular as the preceding albums, its quantity and weight of thoughts and connected concepts condensed into a considerably tighter space. It contains some of Lamar's best writing and performances, revealing his evolving complexity and versatility as a soul-baring lyricist and dynamic rapper." (Full review)

"The set's ten tracks drift unhurriedly over a course of more than an hour. Included along the way are a few additional timbres, such as the skittering electronic effects and stucco guitar textures of opener "Up All Night," the unexpected glint of glockenspiel on the bass-propelled tune "Holding On," and the saxophone on "Clean Living" with its sound distorted like a reflection. At first, these details hint at a possible redesign -- then just as quickly they don’t, as ears adjust to the broader palette. They weave their way into the hazy reverb, restrained pitch range, and shimmering, engulfing atmosphere that manages to never overpower Granduciel's gentle ruminations on relationships, overcoming, and just coping." (Full review)