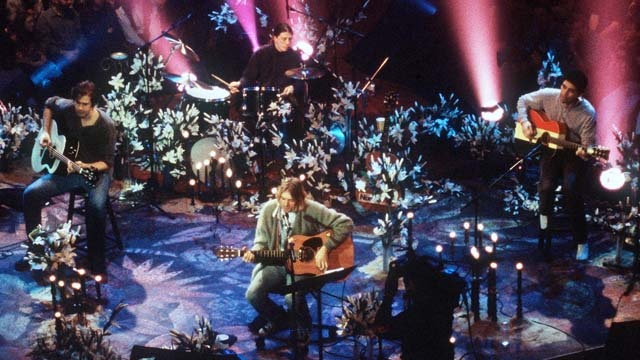 The creation process looks different for every artist, but for the most part, once a song has been released, it's available for public consumption and critique. Musicians don't often choose to revisit their material, but they're also not prone to adhering to traditional guidelines in general. They regularly release unplugged, stripped, or acoustic versions of their songs, but what does that really change about the original music?

For more hardcore alternative musicians, stripping a song softens it and makes it more suitable for mainstream consumption. It's a way for people who normally steer clear of the genre to experience a different perspective. Acoustic versions of metal songs sound like estranged polite relatives of the originals, in a paradoxically foreign but familiar way that even hardcore metal heads appreciate. Other genres have strikingly similar experiences.

The energetic bass-heavy rap, house, and techno genres also mutate under the influence of an unplugged recording session. As a result, artists find intuitive ways to preserve the essence of their original songs. Some switch genres entirely, while others slow the music to a more subdued melancholy tempo.

No matter the genre, fans have a peculiar love of these altered songs, and musicians don't seem to have a problem indulging them. There's a seemingly endless list of musicians who have made stripped adaptations of their own songs. This is just a short compilation of some songs that have been fundamentally changed from their source material.

Suicidal Tendencies has transitioned through several genres in their 40-year career, the softest of which being West coast influenced skater-punk and the most intense being thrash metal. The provocative band has never been known for soft relaxing melodies, which is half of what makes their acoustic remix of "How Will I Laugh Tomorrow," an already deceptively serious song, so interesting. Removing the distortion and relentless drumming makes this more of a sad indie song while still maintaining vocals with an edge of angst and destitution.

The hard rock band who found popularity in the late eighties, Living Colour, flirted with metal-style brutalism as well as funk and even elements of jazz-rock. While occasionally embracing comedy, their music still consistently managed to convey substantial impassioned meaning. The original recording of "Nothingness" released in 1993 discusses loneliness, isolation, and the instability of any situation. It's a wistful psychedelic narrative, and significantly more somber than Living Colour's regular politically charged punk-adjacent discography. This thematic disparity makes their 2016 semi-acoustic rendition a less dramatic tone shift but still, an exemplified version that exudes the docile sadness the original implies.

Paramore, the emo alternative-rock band, dominated the pop-punk scene of the early 2000s, specifically with one of their most popular songs "Misery Business" released in 2007. In the 15 years since, the song has frequently generated controversy and repeatedly been criticized for its semi-derogatory attitude towards women. Public opinion has bounced back and forth, and Paramore's lead, Hayley Williams has expressed some remorse about the song and acknowledges that she wrote it in her very early teens. Paramore's 2013 acoustic version doesn't lose any of that righteous anger, but it does shift to a more mature type of emotion, possibly more self-aware. This rendition sounds as if the members are recognizing their original song was juvenile and somewhat problematic, but still nostalgic and influential.

The Members of Three Day's Grace are known for their desolating, dark lyrics and alternative metal sound. The band's nearly religious dedication to the unsavory and violent tendencies of the human experience ensures their fans expect and revel in their normal antagonistic breakdowns. Consequently, the band's 2003 acoustic version of "I Hate Everything About You" was a strange departure from their ordinary sound. It relied heavily on percussion not typically utilized in metal, but the vocals still kept the same strain and emotion, making this a more violently empty song than the original.

Polo G's diverse stylistic ability results in his music having a wide range of sub-genres, but consistently Polo G focuses his songs around self-improvement, family, and motivation. This is obvious in his 2019 song "Inspiration" which dictates Polo G's journey to becoming a professional musician and pays homage to those who supported him as a young artist. His minimalistic style was exemplified with Einer Bankz accompanying ukulele in this acoustic depiction, and the focus on the lyrics results in a heightened understanding of Polo G's appreciation of his success.

Dolores O'Riordan's unique voice and the traditional Irish influence obvious in the Cranberries' earlier discography resulted in a fascinating alternative rock experiment enjoyed by post-punk fans, and folk admirers alike. Their 2017 album Something Else is a testament to this, showcasing acoustic versions of some of their most popular songs and recruiting The Irish Chamber Orchestra to maintain the affection and intensity the band's lyrics were acclaimed for.

The alt-pop musician, carolesdaughter, is no stranger to the impact of an acoustic guitar, with her first major hit "Violent," capitalizing on the instrument's purity, supplemented with her, now-signature, soft-goth influence. Her subsequent album please put me in a medically induced coma, featured the original "Trailer Trash," an upbeat, but cynical, song about poverty, drug abuse, and artistic evolution. Her alternate version, just a slowed bare-bones arrangement of the original, highlights a tortured self-deprecating voice and a simple guitar. This song especially benefits from an acoustic rendition, solidifying the impoverished starving-artist inspiration the song originally pulled from.

Halsey, the feminist empowering musician has been in the public's interest since 2014. Normally they toe the line between electronic dance and alternative rock, but that balancing act was fully ignored in creating "You Should be Sad" from the 2020 album Manic. The album itself sprawls across several genres, but "You Should Be Sad" has clear country influences that are somewhat overshadowed by the song’s pop-stylized harmonies. Halsey's viscerally emotional voice situates the song firmly at the crossroads of pop and country. Their acoustic version, however, manages the full shift into a heartbroken country song. Exclusively relying on a lonely guitar accompaniment, this version of the song's sorrowful message comes across with guttural clarity.

MISSIO's cathartic testimonial-style lyrics and electronic mutation between house music and indie results in a band that balances the seriousness of everyday life with the awkward comical lessons of sobriety. Stripping away the electronic edge to their songs, MISSIO's tone grows more serious, and it becomes more difficult to interpret their music as anything other than addiction recovery and survival. "Kamikazee," released in 2017, describes a morally strained individual quarreling with their internal selfish desires. The song’s original version relies on the fast-paced, fabricated melody to buoy the song above the deplorable villainous appetite the lyrics describe. In contrast, the acoustic version slows the song to more of a repentance, and the vocals embrace the self-deprecating tone the original suggests.


Marina and The Diamonds

Marina Diamandis, better known as Marina and The Diamonds, is a hyper-feminized alternative pop musician who normally relies on airy melodies and altered vocals, creating a vibrant sugary artificial musical atmosphere. Her sophomore album Electra Heart relies on synthetic percussion as the base for the fourteen striking heartbroken songs. In her acoustic set, Diamandis drops the heavy reliance on electronic melodies to propel her fictive stories of femininity. Instead, her remarkably confident voice conveys all the emotion of the songs. This effect is obvious in the acoustic "Starring Role" where the lyrics express a woman's anger at being mistreated and her preference for being alone over being someone's insignificant frivolous partner. The backing band's performance accents her vocals, but resoundingly, the real despair is layered into Diamandis' voice.

There's no point in relaying the brilliant turbulence of Nirvana. Their sound was foundational for the grunge wave. The raging hormonal messiness of their music was not easily ignored, and still isn't. While fans will always appreciate that chaotic D.I.Y mentality Nirvana helped to shove back into the public sphere in the early '90s, there is something inarguably alluring about their unplugged sessions. MTV Unplugged in New York, released in 1994, is a collection of fourteen stripped songs that all highlight the characteristic scratched-somber vocals, and the extent of the band's musical talent. The album has been praised for its raw emotional honesty and shows a more serious and respectable edge of the band. It gave them a layer of complexity that had been routinely ignored in place of highlighting their perceived delinquency or the supposed superficial emotions of grunge. In sum, this album was bred from the depressive youth culture Nirvana reveled in, and polished for a more adult audience longing to see the true depth of the band. 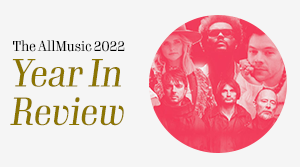