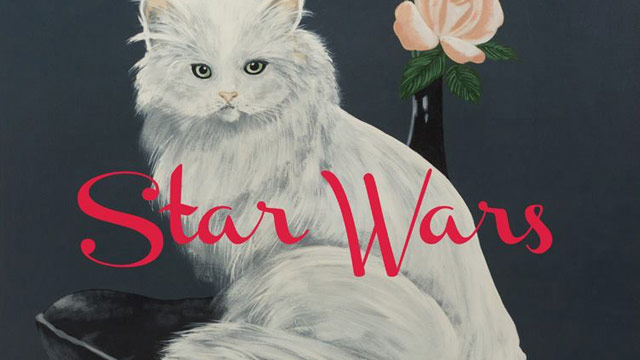 Last night word came down that Wilco had unexpectedly unveiled a new album, awesomely titled Star Wars and featuring a cover with a charmingly thrift store-level painting of a cat. It's the band's ninth album overall, their first since 2011's The Whole Love. It consists of 11 new, original songs and clocks in at under 34 minutes, which is all the quantifying we're able to do. Stream the whole thing below.

You can also download the album for free and preorder physical copies directly from the band.